Has Conservatism Become a Death Cult? 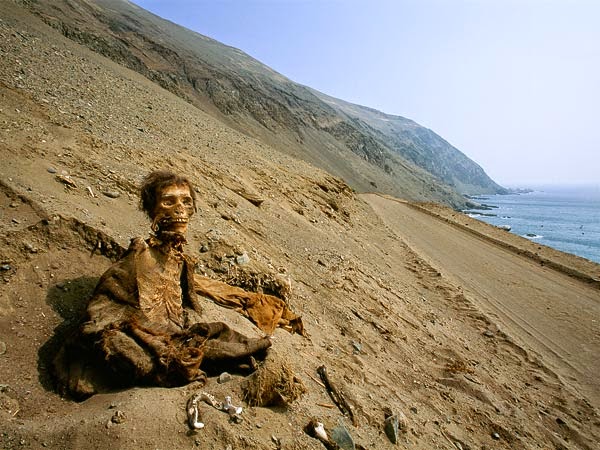 Some day our grandchildren will ask "why?"

They'll want to know why their grandparents' generation failed to act against climate change while there was still time to prevent their own generation from getting the worst of it.

That's how they're going to judge us; not by how bad, how dangerous, how punishing the environment they have to live in but rather how much worse is it than it had to be.  And that's what we're doing now with our inaction on climate change.  We're determining how much worse things are going to be for our grandchildren due to us, our excessive emissions, our refusal to rein ourselves in.

In many ways we're already writing their future and we're writing it indelibly.

In this it's time we saw conservatives for what they have chosen to become, a death cult.  Like many cults it's hierarchical.  There's a priesthood.  People like Stephen Harper, Tony Abbott and James Inhofe are in its elevated ranks.  They're the visible faces.  The others, the leaders of Big Fossil and the great Bourses, are concealed by the cowl of their robes.

It's not that these people don't "get" climate change.  They do. What they also "get" are the solutions that climate change demands and it's these they cannot abide.  A new study from Duke University finds that conservatives (and neoliberals generally) exhibit "solution aversion."

The paper looks at the relationship between political ideology and rejection of scientific evidence.  The researchers look most closely at climate change and other environmental challenges, an area where those who identify as liberals ...mostly accept scientific conclusions while conservatives ...largely reject them. The researchers conclude that on climate and other important societal issues, this denial is "rooted not in a fear of the general problem, per se, but rather in fear of the specific solutions associated with that problem."

The authors blame this denial of climate science on what they deem "solution aversion," i.e. the proposed solutions are "more aversive and more threatening to individuals who hold an ideology that is incompatible with or even challenged by the solution."

This sort of thing happens all the time to people of any ideological or political stripe but it's usually the sort of thing we indulge on relatively minor issues.  We set this sort of thinking aside when we discover the house is on fire. When that happens we all - left, right or centre -  man the hoses and ladders.  Just not this time.

Today we're on the verge of what some believe is the 6th great extinction event. We've already lost half the wild life on Earth over just the past 40-years (which coincides with our embrace of neoliberalism).  We've drained the aquifers and we've broken the hydrological cycle. We're now dependent, utterly dependent (let that sink in) on consuming the Earth's renewable resources, it's life-sustaining bounty, at 1.5 times the planet's replenishment rate.  We're melting the sea ice and raising sea levels.  We, mankind, have demolished  a geological epoch, the Holocene, and substituted one of our own making, the Anthropocene.

All of these things, and more, are happening yet the Death Cult simply doubles down.  It's a bad bet, deadly bad, but the worst part is that everyone's future hangs on the outcome.  They have brought us to the very edge of irreversible harm and yet they have no intention of stopping or being stopped.

As Murray Dobbin wrote last month in The Tyee, High Priest Harper has been deliberate in his manipulations.


Harper hoped to establish what Orwell referred to as "protective stupidity" -- a kind of mass denial of the obvious. Freud referred to it as "knowing with not knowing" and when it comes to most of Canada's military adventures, it is epidemic.

In Afghanistan the war went for so long that the facts eventually broke through the protective stupidity, but only partially. Even with the total failure of the mission to accomplish a single worthwhile goal, it is likely that most Canadians still see it as having been a "good war."

As [Henry] Giroux puts it: "Neoliberal authoritarianism has changed the language of politics and everyday life through a poisonous public pedagogy that turns reason on its head and normalizes a culture of fear, war and exploitation."

It wouldn't be a Death Cult without a fear fetish, something the New York Times' Richard Cohen believes has taken hold even inside our very homes.

Fear is the tool the High Priests of the Death Cult use to block the exit doors. Fear is employed to confuse. It is what they use to keep you confined in mind and body. It is how they take your power and, with it, your will to stand. 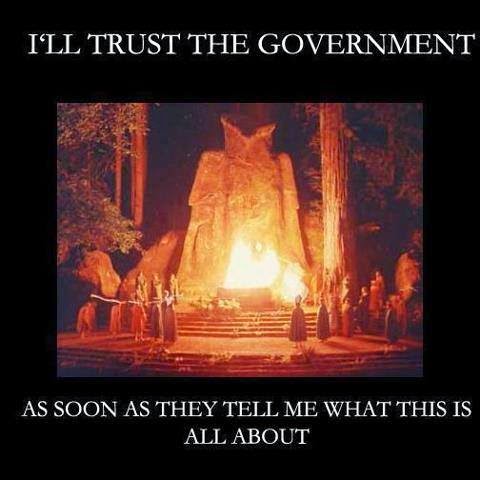 The neoliberals are ensnarled in fears of their own.  They fear change that might jeopardize their control and usher in a new order.  They fear dislocation.  They fear loss.  It's all a house of cards, sure enough, but it's their house and they will defend it to the death, theirs and yours if need be.

The exit doors are blocked.  You can sweep them aside at the ballot box but you'll only discover that the new tenant has blocked those same doors again for the same reasons.

Make up your own mind but spare a thought for what you're going to tell the grandkids when they ask "why?"

Actually the Mayans come to mind. As their society collapsed under drought and crop failures the high priests responded with ever more ritual, human sacrifice.

Hell bent for hell. It's the definition of tragedy.

True enough, Owen, but we compound that tragedy when we fail to stand against it.

Here's a charming development. The new chairman of the US Senate Subcommittee on Science and Space could be...wait for it...Christian Dominionist and Tea Party darling Ted Cruz.

Feel free to puke on your Shreddies.

If God did not want it it would not happen, you cant fight God, so give up now.

Little things add up. Like why was the Zero Theorm by Terry Gillian esentialy banned from America?
http://thinkingaboot.blogspot.ca/2014/11/did-man-bury-zero-theorem.html