How to Militarize the South China Sea

China is seeking to bolster its military presence in the South China Sea and where better but in the vicinity of the hotly contested Spratley Islands.

The prestigious British military journal, Janes, believes China is upping the ante in the region by constructing an island to accommodate a joint air and naval base at the Fiery Cross reef. 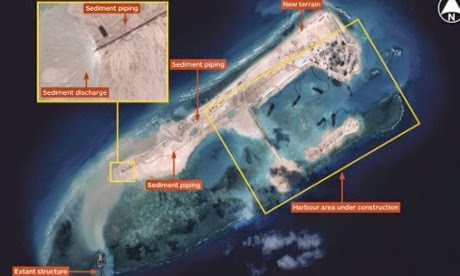 Hong Kong media have reported that China intends to establish a military air base at Fiery Cross reef, something that will no doubt be a burr under the Pentagon's saddle.
Posted by The Mound of Sound at 10:32 AM