A Swift Kick In the Nuts for Kinder Morgan 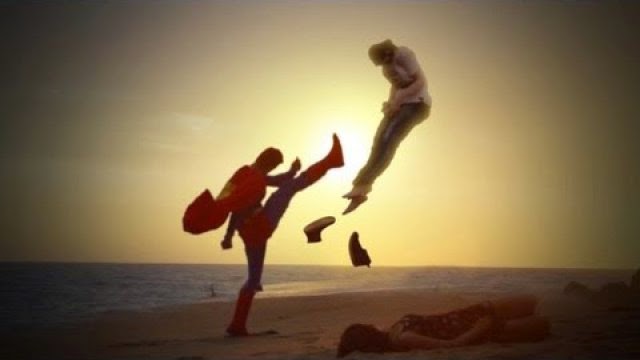 The worm has turned - for now.  Pipeline giant, Kinder Morgan was in court today only to be sent packing.   The court refused an application to extend the company's injunction against protesters at the two drilling sites on Burnaby Mountain.  That means the company has to be off the mountain by December 1st.

Better yet, due to errors in the enforcement of the company's injunction, the judge threw out all civil contempt charges laid so far. 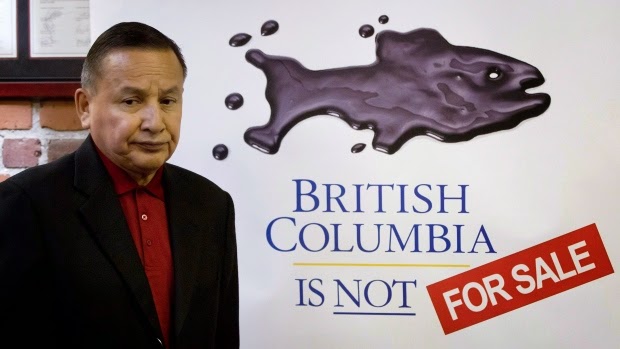 Among those who stood up to defy Kinder Morgan and be arrested was Grand Chief Stewart Philip of the Union of B.C. Indian Chiefs.


"If push comes to shove, " Phillip said, "I'd be arrested in solidarity."
He spoke about how the future of his 15 grandchildren are at stake.
"I will once again be arrested. This is not the first time," he said.
"It is a matter of principle."
Posted by The Mound of Sound at 3:22 PM

Lovely news, Mound. May it continue.

Yeah, Lorne, it's a lovely day. This is a pretty discouraging front lately and even a victory like this - a small legal victory but a huge social triumph - is enervating.

We're watching either the birth or still-birth of a movement that, with a lot of potentially devastating ups & downs, will transform civilization into something that must exist well within the limits of the environment.

we'll just have to wait and see

There's little to worry about First Nations giving up this fight. First Nations have been fighting, continuously, for over a hundred years. When the elders retire, the youth take up the fight.
First Nations have learned it's not about victory or defeat. The opponents are too rich and powerful to ever defeat them for long. It's about fighting these companies and Canada every step of the way. It's about making this fight too costly to win.
Right now, I'd say the bad guys can't win this fight as they are waging it. First Nations are better at this sort of fight then Harper and his crooks.
Unless Harper does something desperate, such as calling in the military, they can't win, and even if the Canadian government does get desperate, First Nations won't cower. First Nations will always stand their ground. (In fact, calling in the military will probably protract this fight even further. The bigger the fight, the less likely the pipelines get built any time soon.) First Nations control the bottle necks, for now, and they won't give them up.

Reassuring words, Troy. Kinder Morgan's setbacks were largely symbolic but those are the sort of apparent victories around which a movement can coalesce. The company certainly did nothing to win over the hearts and minds of British Columbians while the protesters, young and old, FN and everyone else, by their calm but resolved protest grew support for the cause.

I knew in my gut [I can't explain why, I just knew] that these two pipelines Kinder Morgan [KM] and Enbridge Northern Gateway would never be built to many outside forces in play to many players and now with the slump in the price of oil...

No sensible investor will touch new pipelines. Almost game over just a last few dying gasps as oil prices continue to drop. They can't afford to shove Alberta dilbit through BC any more through costly new construction pipelines. Watch out for the train tanker cars and what happened in Quebec runaway train in Lac Megantic.

WE are not out of the woods yet so to speak we must keep vigialant and shut that down in BC too...

"A dilbit is a bitumen diluted with one or more lighter petroleum products, typically natural-gas condensates such as naptha. Diluting bitumen makes it much easier to transport, for example in pipelines."

Oh I forgot this:

Do you think the Alberta Priemier will have an affect on trying to convince the rest of the country they ought to fight for the pipe lines?

I hope you're right, Mogs, and thanks for the link. This is far from over and the showdown on Burnaby Mountain will be repeated many times at various sites around the province before this is finished.

Anon, there doesn't seem to be much support outside Alberta for these pipelines. There's more than in British Columbia, of course, but that's to be expected. I don't know whether Prentice can drum up support among eastern premiers. We'll have to see. That, however, is the sort of thing that could backfire here where it matters.