Breathe Deeply, Mr. Harper. As Deeply as You Possibly Can. 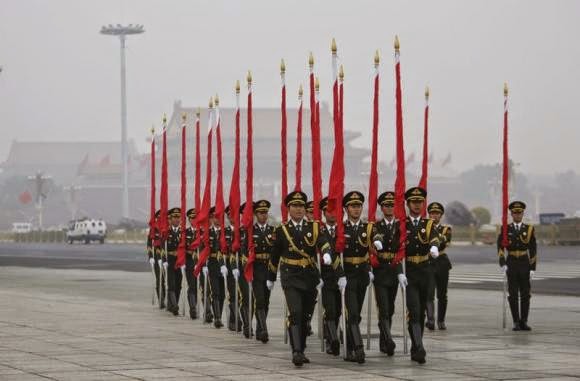 The APEC summit is underway in Beijing and the atmosphere is just perfect for an inveterate fossil fueler like Stephen Harper.  May Furious Leader indulge his respiratory system in Beijing's particulate-enriched air.  There's no extra charge either.

The Guardian reports the Chinese have done what they can to make the air in Beijing fit for human consumption but, darn, it didn't work.

They banned the burning of funeral offerings, closed restaurants and factories, halted deliveries and took millions of cars off the roads. But Chinese leaders were unable to achieve blue skies for this week’s Asia-Pacific Economic Cooperation (Apec) meeting in Beijing, with data from the US embassy showing air pollution at six times the World Health Organisation’s safe daily limit.

Apparently frustrated by their lack of success the Chinese thought of one more thing.  They've blocked normal public access to the US embassy stats substituting their own showing Beijing's air to be "lightly polluted."

See, they can learn from us.