Is There a Nuclear War in Your Future? 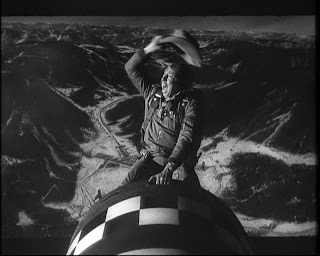 Maybe that's why Sideshow Steve went on the down low to get F-35s in RCAF hangars as soon as possible.

Could the planet be headed for the first (and last) nuclear world war?  Noam Chomsky thinks it's a real possibility.  (Hint: he's right).


“It’s come ominously close several times in the past, dramatically close,” he said. “It could happen again, but not planned, but just by the accidental interactions that take place — that has almost happened.”
“It’s worth remembering that just one century ago, the First World War broke out through a series of such accidental interchanges. The First World War was horrifying enough, but the current reenactment of it means the end of the human race.”
“There have been many cases,” Chomsky continued, “not that serious, but pretty close, where human intervention with a few-minutes choice has prevented a nuclear war. You can’t guarantee that’s going to continue. It may not be a high probability each time, but when you play a game like that, with low probability risks of disaster over and over again, you’re going to lose.”
“And now, especially in the crisis over Ukraine, and so-called missile-defense systems near the borders of Russia, it’s a threatening situation.”
We know that Russia's current rearmament programme is nuclear weapon oriented.  A new intercontinental range missile, a new intermediate range missile, a new (probably stealthy) strategic bomber, a new nuclear missile sub. America already deploys the nuclear capable, B-2 stealth bomber and the F-35 is or will be nuclear-weapon capable.  The US is also working on a new strategic bomber.
So, yes, we are upping the nuclear ante even as Cold War II continues to set in. Ain't life grand?  I'm sure a cupboard/broom closet full of nukes would have a powerful appeal to a smug prick megalomaniac like this: 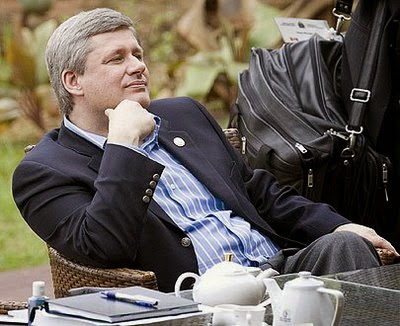 Failsafe is a wonderful concept. Computers designed to configure every possibility are assigned to stand guard. The weak link in Failsafe is the humans. Think HAL in 2001.

Forget the movies, Toby. There was a time when the intermediate nuclear missile batteries in Europe were on an automated "launch on detect" protocol. The idea was that these regional weapons could hit their targets before humans could process the information and retaliate. With this level of fear, launch on detect was seen as the only effective means of deterring a theatre, first strike.

Of course that left the fate of mankind in the hands of computers, one of which did eventually fail and responded to a false signal. Fortunately a very brave individual intervened.

Maybe I'm crazy Mound but the U.S.'s recent taunting of Russia by interfering in the Ukraine and Nato's. expanding military bases in Eastern Europe,close to the Russian border,makes me wonder if the U.S. does not want a war with Russia including the use of nuclear weapons. They must know what their actions can lead to.

Mound, you are right, of course but I am reminded of the worst typhoon to hit eastern India which hit on Christmas when those who were supposed to sound the alarm had the day off. Any defence must have sentries who are sober, alert and the capability to take appropriate action. History is full of sleeping or incompetent sentries.

Perhaps the biggest risk is resource depletion. We continue to use up the Earth's resources faster than it can replace them. If this continues, nations may have to fight to get their share. So, the U.S. and China squaring off with nukes over the dwindling remains of what our planet has to offer is not only possible, but probable, unless we dramatically change our ways.

I really don't believe that any country, including the US, would want a nuclear war. It is, however, possible to back into this sort of conflict.

Putin wants nukes, I suspect, to offset the decline in his country's conventional forces in the face of NATO's march to Russia's doorstep. That will be taken by Putin's adversaries as sufficient justification for their own nuclear upgrades. And returning to full "stare down" Cold War is about as simple as that.

Today's leaders have forgotten the hard lessons of the Cold War learned in the 60s and 70s. They have forgotten the role sheer luck played in preventing nuclear Armageddon. It's a 'hair trigger' business in which time favours some accidental misstep that leads to an all-out exchange.

Bill, you're visiting a theme explored by Gwynne Dyer in his book, "Climate Wars." Resource depletion and climate change, as recognized by the Pentagon and, more recently, the Brit MoD, will destabilize countries large and small. This is true for both China and the US.

The West's colonial past demonstrates that the strong freely take from the weak, the rich from the poor. It's one thing when there's still enough for all to get at least a minimum sufficiency. It's another when it comes down to life or death struggles.

I recently did a course in global food security. One aspect I looked into were land grabs now underway, especially in the Third World. Imagine China locking up the best farmland in Somalia, a country where we regularly have to provide famine relief. Even Britain's agri-business giants have a policy of "chasing the sun." They buy top farmland around the world so they can have fresh produce, such as strawberries, on grocery shelves year round.

These practices are quite predatory and yet they're considered perfectly acceptable.

Bill, one other point. The resource wars you mention will probably manifest first as water wars. Three hot spots - the Himalayas, the Nile and the Tigris and Euphrates.

There's a reason China occupies Tibet and it has both India and Pakistan very worried. Pakistan also worries about India intercepting its river allocations.

Egypt constantly threatens its upstream neighbours who want to divert Nile waters to their national purposes. Egypt relies upon a British declaration that the Land of the Pharaohs has claim to 70% of the Nile waters.

Then there's the tensions among Turkey, Syria and Iraq over the Tigris and Euphrates. Typical story - the upstream neighbours, especially Turkey want to dam and divert the headwaters which imperils Iraq downstream.

For people who believe in revelation, Nuclear War is a shortcut.

Yeah, that has crossed my mind too.