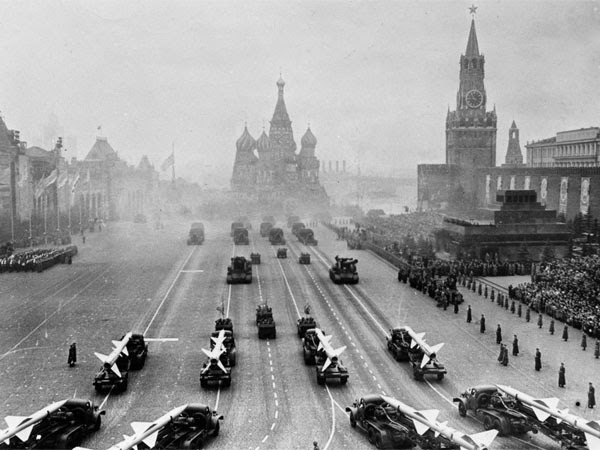 Former Soviet premier, Michael Gorbachev, has had the past quarter century to live with the legacy of betrayal.  Now he's returned to Berlin's Brandenburg Gate to warn that we're on the verge of a new Cold War, one of the West's making.

“Instead of building new mechanisms and institutions of European security and pursuing a major demilitarisation of European politics … the west, and particularly the United States, declared victory in the cold war,” said the man behind the Soviet Union’s glasnost and perestroika reforms.

“Euphoria and triumphalism went to the heads of western leaders. Taking advantage of Russia’s weakening and the lack of a counterweight, they claimed monopoly leadership and domination in the world.”

The enlargement of Nato, Kosovo, missile defence plans and wars in the Middle East had led to a “collapse of trust”, said Gorbachev, now 83. “To put it metaphorically, a blister has now turned into a bloody, festering wound.”

Previously an outspoken critic of Vladimir Putin, Gorbachev backed the current Russian president’s stance over Ukraine, urging western leaders to “consider carefully” Putin’s recent remarks at the Valdai forum : “Despite the harshness of his criticism of the west, and of the United States in particular, I see in his speech a desire to find a way to lower tensions and ultimately to build a new basis for partnership.” 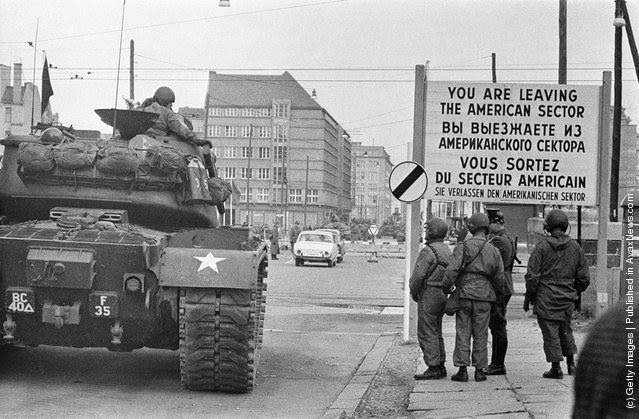 As Remembrance Day approaches it's astonishing how few people seem to recall the dark days of the Cold War, the subterfuge, the proxy wars that claimed so many lives, an awareness that even a technical failure could trigger nuclear Armageddon.

That has no currency to Stephen Harper or the other two stooges of Parliament Hill.  They've got historical amnesia.

Well I sure remember.  I served in it at a time when tensions were high, well before Glasnost and Perestroika.  I have never forgotten that the reason I'm writing this and you're able to read it is not thanks to cool heads alone.  A lot of luck was also involved.

Why are we so intent on returning to those days?  Have we gone mad?  Do we really believe that it's going to make the future better for Ukraine or Georgia?  Of all the things we can fight and, en masse, die over should it really be the Ukraine?  Not as far as I'm concerned.

What will it tell Moscow when we show up on Russia's doorstep not with relatively non-threatening CF-18s but with truly offensive weapons like the nuclear-capable, "first strike", stealth attack bomber, the F-35?

I'm curious mound and I hope you don't think this off topic, but when Gorbachov said about the U.S. " They claimed monopoly leadership and domination in the world". When I think of all the countries that the U.S. after 1945 and also after 1989 with the collapse of communism in the soviet union has invaded and/or arranged coups to unseat democratically elected governments replaced by U.S. approved dictators, controlling the countries resource or other wealth from behind the scenes, I wonder about Canada. The U.S. war against countries wanting to become independent and using the propaganda of them being communist made it possible for them to control and plunder the wealth of these countries. Canada, right beside them with enormous resource wealth, has been openly socialist and is a sovereign nation they have left alone. Why? Nobody was more open about his ideas then Pierre Trudeau. They must have hated him! Why have they not done to Canada what they have done to so many other countries? Is it because of our relationship with Britain, the fact that we had been a British colony? I know there was the war of 1812, but I mean anytime after that. We would not have stood a chance coming up against them. So why with their world domination agenda do you think they have left us alone?

I'm not sure they could have done it, Pamela. I doubt the American public, or enough of it at least, would have tolerated it. Many of them still see us as their gentle but somewhat politically eccentric cousins.

Triggering a coup in Canada would have cost the Americans the loss of much of their support in Europe and it does bear remembering just who is our reigning head of state.

Nixon truly loathed Trudeau. It was mutual. Johnson, for that matter, didn't think much of him either. At the time, however, America was fixated on its rivalry with the USSR and it doesn't pay to cannibalize one's own alliance.

Post Soviet Union and you're looking at George H.W. Bush, Clinton, and Bush Jr. We backed Bush Sr. in Desert Storm. Chretien and Clinton were fast friends. Bush Jr. was preoccupied with Afghanistan and Iraq. Cheney was content with secure access to the bitumen fields of Athabasca.

What makes you think we wouldn't have stood a chance against an American occupation force? Because of our appearance and cultural similarities they would have faced a combined military and law-enforcement nightmare.

All the King's Horses and All the King's Men failed to defeat a seriously outnumbered bunch of illiterate Afghan farmboys armed only with Korean-war vintage assault rifles and light machine guns.

Conventional military force tends to fare poorly against unconventional guerrilla/insurgents. The greater the territory the more troops that are needed to secure it. It's called "the war of the flea" for a reason.

As for triggering a coup, just how would Washington go about it? They're complicated to organize and require a lot of preparation time. Ultimately the civilian population either has to support the plotters or be brutally suppressed. You need distance for that. You have to operate "out of sight/out of mind" from the people at home. Pillaging the next door neighbours is more than hard to conceal.

The US learned to manipulate Canada with money and cultural products. On your TV it is almost totally American programming. Movies, games, etc. Canada has long been willing to sell resources to the US at fire-sale prices. There is no need to conquer Canada as long as we keep giving what they want. It's a lousy deal.

I'm like you, I well remember the Cold War years, I grew up in them, and in a known first strike target (Halifax). I grew up knowing my home could be turned into a cinder in a half hour unless both sanity and luck prevailed, which is one of the reasons I find the current "be afraid" model of dealing with terrorism so hard to come to grips with. When you grow up understanding the consequences of massive global nuclear war, terrorists with homemade bombs, or even planes turned into kinetic weapons just doesn't hold the same degree of fear factor to it for me. It is far easier for me to put into context the relative threat levels involved because I grew up in the Cold War, and I saw the graduated risks every day, including I might add all the terrorist groups used as proxies by both sides of that Cold War in place of nuclear exchange.

As to this drive to return to such, like you I watch it with increased concern, and no little fear, because I do actually have an appreciation for what and how a lot of the weapons of mass death work (I reserve weapons of mass destruction solely to nuclear, because of the three main types only nukes actually cause massive physical devastation in their use, the others do massive death, but not a lot of physical damage (well aside from the issue of persistence of course), and one of the inevitable byproducts of returning to such a cold war situation is the return of the potential wide scale use of such. It is also worth noting that the USSR was willing to play with biologicals much more than the west, and it would not surprise me if that willingness exists in the Russia that followed the USSR, and these days we know a hell of a lot more about genetics and gene manipulation than we did when the USSR disappeared.

So this is a very dangerous and stupid game being played here, and watching Harper doing his bit for it has been one of the more irritating things on foreign policy grounds he has done for me. Bottom line, Gorby is right about where the blame lies, because America treated the post USSR Russia like it was a defeated loser in a war instead of a country emerging from under the heels of a brutal dictatorship, repeated broke its word on the NATO front, and in general ignored that while coming out of the USSR Russia was weak, it was historically a major power and still had the resources of becoming one again once it stabilized. For all the crap I hear spoken of Putin, I rarely hear much about what his responsibilities to his own country/people may be requiring of him in these situations, and that is an important consideration whenever you talk about why a national leader does something, yet with Putin it is always assumed to be some sort of nefarious motivations, never anything that might be genuine national interests involved. This is one of the reasons I love your work on the Russia file MoS, you don't fall into that trap.

A "dangerous and stupid game" indeed, Scotian. What should have been the end of the Cold War turns into a mere interlude due to the lack of interest in making peace work.

People don't understand, perhaps don't even care, how easy it is to lapse back into Cold War, how incredibly dangerous it is for nations to be in that state, and how horribly difficult it can be to step out of that ring once it becomes familiar and, to some, self-serving.