There's Nothing Magical to 2100 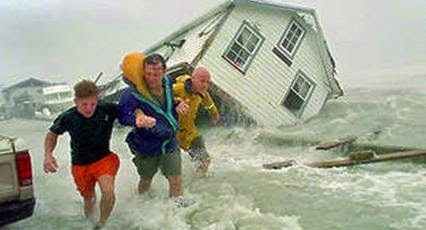 A clear and usually overlooked measure of the threat posed to our global civilization by climate change and how pathetic is our response is the timeline. That's the giveaway.


The report says that greenhouse gas emissions are higher than ever, spurred by rapid economic and population growth, and are causing the Earth to warm at an accelerated rate.
“The atmosphere and ocean have warmed, the amounts of snow and ice have diminished, and sea level has risen,” states the report. “It is very likely that heat waves will occur more often and last longer, and that extreme precipitation events will become more intense and frequent in many regions.”
The report offers little hope, instead coming to the bleak conclusion that despite any efforts, it may be too late to slow or reverse climate change. It says that “even with adaptation, warming by the end of the 21st century will lead to high to very high risk of severe, widespread, and irreversible impacts globally.”
Some sense a note of resignation pervading the IPCC report.  There's a tone of "This is our last, best shot.  Let's hope this report succeeds where all the others have flopped."
One can only wonder how the authors of this synthesis report reacted to last night's US mid-term elections and the Republican capture of both the House and the Senate.  With the Republican lock on Congress until 2016 it will be interesting to see how much progress Washington can make at the 2015 climate summit, especially with Canada and Australia teaming up to subvert any meaningful action.

Email ThisBlogThis!Share to TwitterShare to FacebookShare to Pinterest
Labels: 2100, climate change, US

Its only the planet, why worry?