Capitalism Off the Rails 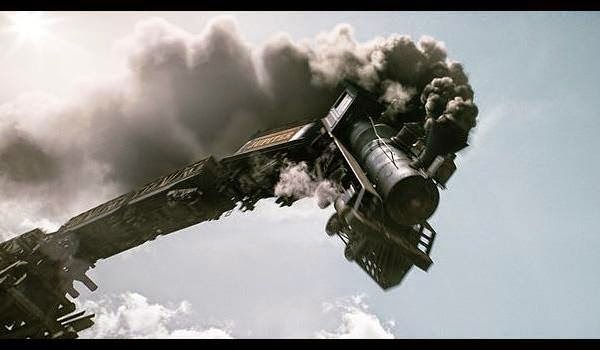 Those at the very top of today's neoliberal, free-market capitalist, global economy see the writing on the wall - capitalism has just about run its course.

It's hard to get your head around the idea, isn't it?  It sure is for me.  Imagine, the economic model around which our society has been structured is bogus.  It is the product of 18th century economics, 19th century industrialism and 20th century geo-politics.  It worked for a couple of hundred years, perhaps right up until the early 70s, but it's now dawning on us that it doesn't work any more.  It's lost its utility.  It's once vaunted strengths have morphed into dangerous liabilities.

Der Spiegel has an interesting piece, "The Zombie System: How Capitalism Has Gone Off the Rails."

A new buzzword is circulating in the world's convention centers and auditoriums. It can be heard at the World Economic Forum in Davos, Switzerland, and at the annual meeting of the International Monetary Fund. Bankers sprinkle it into the presentations; politicians use it leave an impression on discussion panels.

The buzzword is "inclusion" and it refers to a trait that Western industrialized nations seem to be on the verge of losing: the ability to allow as many layers of society as possible to benefit from economic advancement and participate in political life.


The term is now even being used at meetings of a more exclusive character, as was the case in London in May. Some 250 wealthy and extremely wealthy individuals, from Google Chairman Eric Schmidt to Unilever CEO Paul Polman, gathered in a venerable castle on the Thames River to lament the fact that in today's capitalism, there is too little left over for the lower income classes. Former US President Bill Clinton found fault with the "uneven distribution of opportunity," while IMF Managing Director Christine Lagarde was critical of the numerous financial scandals. The hostess of the meeting, investor and bank heir Lynn Forester de Rothschild, said she was concerned about social cohesion, noting that citizens had "lost confidence in their governments."

You, yes you.  You're getting screwed over.

Politicians and business leaders everywhere are now calling for new growth initiatives, but the governments' arsenals are empty. The billions spent on economic stimulus packages following the financial crisis have created mountains of debt in most industrialized countries and they now lack funds for new spending programs.

Central banks are also running out of ammunition. They have pushed interest rates close to zero and have spent hundreds of billions to buy government bonds. Yet the vast amounts of money they are pumping into the financial sector isn't making its way into the economy.

Be it in Japan, Europe or the United States, companies are hardly investing in new machinery or factories anymore. Instead, prices are exploding on the global stock, real estate and bond markets, a dangerous boom driven by cheap money, not by sustainable growth. Experts with the Bank for International Settlements have already identified "worrisome signs" of an impending crash in many areas. In addition to creating new risks, the West's crisis policy is also exacerbating conflicts in the industrialized nations themselves. While workers' wages are stagnating and traditional savings accounts are yielding almost nothing, the wealthier classes -- those that derive most of their income by allowing their money to work for them -- are profiting handsomely.

The data expose a dangerous malfunction in capitalism's engine room. Banks, mutual funds and investment firms used to ensure that citizens' savings were transformed into technical advances, growth and new jobs. Today they organize the redistribution of social wealth from the bottom to the top.

...the crisis of capitalism has turned into a crisis of democracy. Many feel that their countries are no longer being governed by parliaments and legislatures, but by bank lobbyists, which apply the logic of suicide bombers to secure their privileges: Either they are rescued or they drag the entire sector to its death.

The article includes an interview with Ronald Reagan's budget director, David Stockman, the man who hyped the "trickle down" justification for massive tax cuts.

The conservative is furious over his country's transformation into a debt republic of the sort the Western world has never before seen in times of peace. A republic in which going to college is paid for with borrowed funds, as is the next military campaign. A country which hasn't actually dismantled its gigantic pile of debt since the crisis -- $60 trillion -- but has merely redistributed it. While the banks were allowed to pass on a large share of their bad loans to taxpayers, the government is in more debt than ever before.

...In the past, part of the promise of the American dream was that anyone who worked hard enough could eventually improve his or her situation. Today the wealthy enjoy most of the fruits of US capitalism and the most salient feature of the system is the fear of fear. No one knows what might happen if the Fed raises interest rates next year as planned. Will pressure from rising costs cause the government deficit to explode? Will the stock market bubble burst and will financial institutions collapse? Will the economy crash?

Only one thing is certain: In the seventh year of the financial crisis, the US economy is still addicted to debt and cheap money. Worst of all, the withdrawal phase hasn't even begun.

"There is no possibility of a soft landing (with the) markets as completely distorted and disabled as they are today," Stockman says in parting. "There will be some great conflagration. It's just the question of when."

And then a few comments from the Prophet of Inclusion, Daron Acemoglu:

He became famous two years ago when he and colleague James Robinson published a deeply researched study on the rise of Western industrial societies. Their central thesis was that the key to their success was not climate or religion, but the development of social institutions that included as many citizens as possible: a market economy that encourages progress and entrepreneurship, and a parliamentary democracy that serves to balance interests.

The only problem is that such institutions do not arise automatically. They have to be promoted and defended, especially against those social classes and interest groups that use power to seal themselves off from competitors, secure their own benefits and seek to influence lawmakers accordingly.

Extremely well read, Acemoglu can cite dozens of such cases. One is 14th century Venice, where a small patrician caste monopolized maritime trade. Another is Egypt under former President Hosni Mubarak, whose officer friends divided up key economic posts among themselves but were complete failures as businessmen. These are what Acemoglu calls "extractive processes," which lead to economic and social decline.

...The necessary economic reforms are not Acemoglu's primary focus, even if the relevant proposals have existed for a long time: a fiscal policy that doesn't just benefit the rich; a monetary policy that knows its limits; a reform of the financial and banking industry that separates the traditional savings and lending business from risky investment banking.

That won't be enough, Acemoglu believes. What is needed, he argues, is a new political alliance that takes a stand against the power of the financial industry and its lobby. He sees the anti-trust movement from the beginning of the last century in the United States as a model. It was a broad coalition from the center of society and finally achieved its great victory after decades of struggle: the breakup of major corporations like Standard Oil.

These warnings are beginning to come in fast and furious.  It's beyond doubt that the rich and powerful are becoming deeply worried about what they themselves have unleashed.  The collaborative, neoliberal governments that have done their bidding now stand to be their undoing. 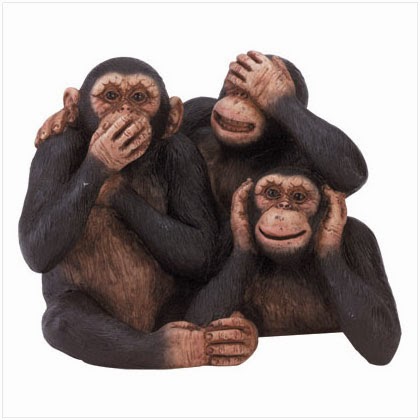 Acemoglu warns that solutions won't come from Davos or in our unfaithful legislatures either.  Renewal, he says, must come from below.  It has to come from us - you and me.  We haven't got the time it'll take to get anything meaningful from the Clown Princes of Parliament.

Many of the terms used in this article carry mis-leading ideological baggage.

There is no reason to assume interdependent relationships between concepts like "market", "capital", and/or "democracy".

These alarmist rants against the market economy conflate the mixed-market system with free-market capitalism.

The Keynesian mixed-market system created modern living standards in the post-war era (1945-1980) which were unprecedented in history. This period had high economic growth (wealth creation,) low inequality, rising living standards, strong regulations and economic stability. It also allowed governments to pay down most of their debts (measured in debt/GDP.)

The free-market reforms of the past 35 years have been destroying all the gains and the economy in the process. In fact both free-market eras culminated in global economic meltdowns (1929 & 2008) and consequent never-ending slumps.

So while the left-wing foolishly rants "economics is destroying the world" they offer no alternative. Instead of helping build a sustainable economy that will better distribute wealth, regulate industrial activity and invest in green-energy infrastructure, they offer hysteria. Instead of helping wrest control of the economy from the 1% they are helping them solidify it. Keep up the good work!

Ron, I think you've been well and truly indoctrinated. We should agree to differ.

It's interesting how many great leaders have both admirable qualities, and those that are not so much so. That being said, Teddy Roosevelt would be horrified by today's American-style capitalism.

I've been indoctrinated with the facts. You, conspiracy-theory fluff.

BTW, what party are you voting for in 2015? Communist? The Green Party has a fairly good centrist mixed-market platform. They realize that green regulations and carbon taxes create jobs and wealth which are needed to transform society so its based on sustainable development.

Funny how some people who rant on the internet through their electronic devices are opposed to freedom and development. Don't think they have thought that one through...

"Teddy Roosevelt would be horrified by today's American-style capitalism."

We need to bring back liberals like Republican president Dwight Eisenhower. He jacked up taxes on the rich to 91% and built the interstate highway system. Today we need massive investments in mass transit, green energy projects and broadband internet.

The best way to kill the tarsands? Subsidize green energy, and provide incentives so we transform our transportation sector from combustion engines to electric engines. Then punish environmental freeloading countries with tariffs and sanctions.