Dragging Russia Back Into Afghanistan 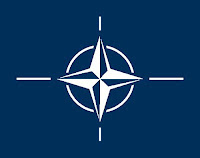 NATO's really up against it in Afghanistan. It's so desperate that it's considering appealing to the Russians for help. No, really.

A supply of Russian troops is out of the question. Our side wouldn't tolerate that any more than would the Taliban although the insurgents would love the symbolism of it. According to the CanWest news service, NATO is interested in Russian logistical assistance:

The transatlantic alliance will stop short of asking for Russian troops or the dreaded attack helicopters used in Afghanistan during the 1980s, since that would represent a huge propaganda coup for the Taliban insurgents.
But NATO is interested in Russian help in transporting equipment and troops into Afghanistan through Russian territory, officials said Wednesday.

The Russian government could make contributions that would include "regular use of Russian transport means to get supplies to NATO forces in Afghanistan [and] possible Russian contributions to the re-equipment of the Afghan army," said Robert Simmons, NATO's special envoy for the Caucasus and Central Asia, according to a report by Agence France-Presse.

So, let's see now. With NATO membership now stretching to Russia's doorstep and with newly minted NATO partners Poland and the Czech Republic establishing bases for an American anti-missile battery, also on Russia's borders, and in all places, Afghanistan, where the west played such a key role in the Soviet defeat, NATO thinks the Russians will chip in to help now that we're in a bad way?

Good luck with that fellas.
Posted by The Mound of Sound at 11:18 AM