The Sparks Are Yet To Fly in Harare 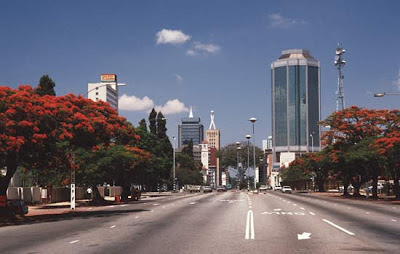 Is this the beginning of the end to Zimbabwe's nightmare, the end of Mugabe's 28-year reign? Don't count on it. The official results haven't yet been announced and it's hard to imagine Mugabe wouldn't rig an unfavourable outcome to claim victory. That's especially true given that Zimbabwe's army and police leaders have announced they won't tolerate an MDC win.

Mugabe, corrupt and incompetent as any leader can be, has been clever enough to ensure the leadership of his country's military and security services are utterly beholden to him. Who needs to worry about the people so long as you have the absolute loyalty of all the guns?
Posted by The Mound of Sound at 8:29 AM