McKay on Afghanistan - a "Tremendous Success" 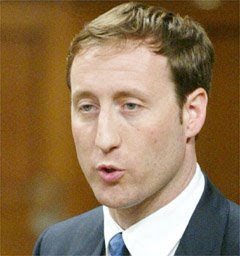 According to DefenceMin Peter MacKay, Canada's mission to Afghanistan is a "tremendous success." This from a guy who, nearly seven years after this dog and pony show began, still has to fly in secretly and keep his presence quiet until he's stepping on the aircraft to get the hell out.

MacKay, spinning so furiously that his head nearly exploded, said, ""the insurgency remains a real challenge, but you have to look at it in relative terms. You have to do a retrospective occasionally, look at where we were five short years ago, two years ago."

Okay, Pete, you want to take us back in time, say "five short years ago," to yesteryear before the Karzai government was totally corrupted and compromised, before the Taliban were resurgent and Afghanistan raced to set endless consecutive records for opium production. Yeah Pete, let's kick back with a cold one and do that retrospective stroll down memory lane - or maybe not.

Five short years ago. That'd be the time that America bugged out to go play in the sandbox of Iraq, right Pete? Five years ago today. Great timing pal. Idiot. Psst - Pete, the day you can visit Afghanistan without having to sneak in, sneak around and sneak out you can parrot "tremendous success" but, until then, try to come up with something that doesn't sound completely insane.
Posted by The Mound of Sound at 3:59 PM