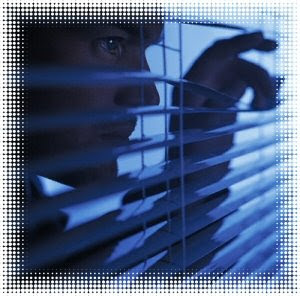 One right that's rapidly being lost is our right to privacy. Our privacy is being invaded, even trampled upon at every turn. Use your credit card and you're yielding a bit of your privacy. Use the phone, same thing. Hell the grocery store now records your favourite brand of frozen pizza and your preference in feminine hygiene products. Now in British Columbia, the government has our health records processed in the United States which means, thanks to the Patriot Act, our assurance of health care privacy is shattered.

Britain, home of Magna Carta itself, has become astonishingly indifferent to the right of privacy. Britain has become a surveillance society with its precious architecture defaced by batteries of CCT security cameras. In some communities the police operate aerial reconnaissance drones over their own streets. These are things designed to aid the war against al-Qaeda, not to surveil ordinary Britons.

There was a story over the weekend about a proposed new British transit identity card. Leaving aside the right of privacy, it's pretty cool technology. It functions as a cash card and a security/surveillance device. Want to hop a train, get on a bus or ride the Tube? Swipe your card or else submit to inconvenient human scrutiny. I mean, after all, if you're not using your card you must be up to something, eh?

In no time they've got a detailed history of Charlie Banks of 54 Melbourne Grove, SE 22. They know where he goes, when and for how long - every day, every month, every year of his life. Computers can immediately spot something out of the ordinary and, very quickly, "out of the ordinary" becomes something suspicious, something to be watched. You call extra surveillance upon yourself by choosing to try something new and, Heaven help you if that something new just happens to be in or near a place that's already being watched.

"If you have nothing to hide, there's no reason to worry." That's the vile excuse they always use when stripping away another layer of your privacy. That's right, only wrongdoers need to be worried, right? Wrong, dead wrong. It's a set up whereby defending your fundamental right to privacy becomes analogous with trying to hide something in your dirty, devious and undoubtedly criminal or subversive life.

Surely the onus ought to be on those seeking to narrow your rights, not on those defending their rights. You want to take away my rights then first show that it's truly necessary. Show the purpose is valid. Show there are no other ways to achieve the same purpose, not just no other ways that are as inexpensive. Show just how much intrusion is actually required and for just how long. No blank cheques. No indefinite powers. The focus has to be on restoring that right as fully and quickly as possible. Figure out who will watch the watchers, who will represent the public interest in monitoring their intrusion of the public's rights and give those watchers genuine powers to intervene when they detect abuse.

Sadly, this isn't what happens. After all, it's so much easier to cast suspicion on objectors when the rest of the public is complacent and all too willing to be herded into the surveillance corral.

If you've ever served your country or had a family member who went off to war and maybe didn't come back, these are rights you have fought for, rights that must belong to your entire society. If you don't defend them you cheapen that service, that sacrifice. Freedom, after all, is more than just hoisting another pint in The Legion.
Addendum:
I forgot to explain why I consider privacy our "fundamental right." That's because the strength of our right of privacy impinges on so many of our other essential rights including free speech, association, assembly, equality; thought, conscience and religion; arrest and detention and due process. Undermining privacy can also powerfully undermine those other rights.
Another concern that arises out of the erosion of our privacy rights is the almost Newtonian rise in secrecy that results from it. It's an action/reaction process. As our privacy is stripped from us, government secrecy inevitably increases. We don't know who is watching us, when we're being watched and what is being recorded and catalogued much less how it will be used on or against us or others, often without our awareness even of that. It sets up government against the individual in an adversarial relationship.
It's vastly more troubling when it's done at the same time we are "dumbing down" society, weakening us against the shelling out of our rights. That's what I meant by my reference to the masses being complacently herded into the surveillance corral.
Posted by The Mound of Sound at 8:42 AM

Absolutely a great post. It is Big Brother everywhere. I called my cable company and gave my phone number -they knew my address where I lived, work, date of birth, first and last name and so on. Scary. In U.S. on certain airports they were able to scan people naked unbeknown to unsuspecting travellers and then watch it in the privacy of their offices for enjoyment. How far will it go? I agree something needs to be done and soon.

I think we are lulled into thinking that something that seems to be convenient for us (one card with all info) is okay. It's not. I remember getting a call from my credit card company when I purchased something out of the norm. You are totally dead on in your analysis of this. We used to scoff at the idea that we could ever allow a society like this this to evolve, yet look what is happening under our very noses.

I'm profoundly disappointed that this post, of all of them, has received so little response. Compared to this, the loss of privacy, government defunding, even global warming, pale. It's the very thing that saps our democratic strength, the quality we most need to steer our way through the challenges of climate change and defunding. Yet it's largely ignored by a society trained to accept its decline, even irrelevance. Goodnight and Good Luck to you.