For You Hillary Fans Who Just Don't Get It 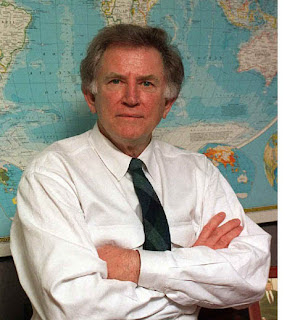 Yeah, I admit I've been a bit hard on Hillary but she deserves every bit she gets. I've written about her cardinal sin of undermining Obama to the benefit of McCain but it's obvious, from your vitriolic rebukes, that went over your heads. Okay, here it is again, this time from Gary Hart writing for the Huffington Post:

"It will come as a surprise to many people that there are rules in politics. Most of those rules are unwritten and are based on common understandings, acceptable practices, and the best interest of the political party a candidate seeks to lead. One of those rules is this: Do not provide ammunition to the opposition party that can be used to destroy your party's nominee. This is a hyper-truth where the presidential contest is concerned.

By saying that only she and John McCain are qualified to lead the country, particularly in times of crisis, Hillary Clinton has broken that rule, severely damaged the Democratic candidate who may well be the party's nominee, and, perhaps most ominously, revealed the unlimited lengths to which she will go to achieve power. She has essentially said that the Democratic party deserves to lose unless it nominates her.

Senator Obama is right to say the issue is judgment not years in Washington. If Mrs. Clinton loses the nomination, her failure will be traced to the date she voted to empower George W. Bush to invade Iraq. That is not the kind of judgment, or wisdom, required by the leader answering the phone in the night. For her now to claim that Senator Obama is not qualified to answer the crisis phone is the height of irony if not chutzpah, and calls into question whether her primary loyalty is to the Democratic party and the nation or to her own ambition."

There, is that plain enough for you? Do you get it now? She's a political monster, not just an animal. What matters above all to Hillary Clinton isn't the Democratic Party and it isn't America, it's Hillary Clinton. If she comes to power, hers is an attitude that her country, and others, will pay for again and again.
Oh, before I go, here's Maureen Dowd's latest take on Clinton/Obama from the New York Times:
"Hillary successfully recast herself in Ohio as a beer-drinking former waitress. Only after last week’s reversals did the Obama camp raise a louder ruckus about her tax returns. Obviously, Ms. Night Shift does not want to reveal the details of the fortune that Bill Clinton has made, sometimes through dubious associations.
It has taken Obama a year to start seriously rebutting Hillary’s risible claim that she has far more national security experience than he does. Having a first lady tea in Belfast is not equivalent to bringing peace to Northern Ireland.
Obama sounded whiny after his losses, chastising reporters on his plane for asking him hard questions about Goolsbee and Antonin Rezko. Privately, his people conceded that he hadn’t been as fierce about winning as Hillary, once more playing rope-a-dope.
He’s now learned what Hillary learned in Iowa: You can’t cruise to victory on a coronation strategy.
If he thinks Hillary has cut him down to size lately, he’d better imagine what his life would be like as the Clintons’ vice president. "
Posted by The Mound of Sound at 6:26 PM

Of course I don't have any idea what you think, you're "anonymous", one of any number of anons who weigh in on these blogs. I can't tell one from the next, you all go by the same name, so I don't care.

I watched Tom Brokaw interviewed about the Obama / Clinton campaign. Brokaw said the Obama is like a televangelist who can't stop talking but at some point someone will put pencil and paper down on his promises, etc. Also, the Republicans will truly challenge him and he can't just hope his way out of it.

I felt Obama was preacher like and I agree with Brokaw.

Brokaw also said that in small groups Hillary is amazing and you come out totally impressed with her knowledge, plans and understanding but she has a problem talking to large audiences - one problem being her voice. Isn't it sad that people think a good voice means brains.

If I want to be preached at by a televangelist type - I'd go to church more often.

Hi Sara: I understand how you find Hillary appealing. I've written here earlier how she can be positively engaging. What I don't grasp is how you're so dismissive of Obama:

I think were you better informed you would realize that someone like Obama, chosen to be editor of the Harvard Law Review, proved his brainpower a long, long time ago. Many don't understand what it means to be chosen editor of any law review but, of all of them, Harvard's!

Don't look for his brainpower in his voice or his stirring rhetoric. In intellect he's more than a match for Hillary - hands down.

Sorry, anon, you just don't get it. This isn't your site, it's mine. I'll decide how to deal with anonymous posts, not you. One thing you do need to get - post anonymously if you like but keep your remarks on topic. Personal cracks about me get binned, just like your last comment. Now, I refer you to my advice earlier.