Has Washington Overplayed Its Hand in South America? 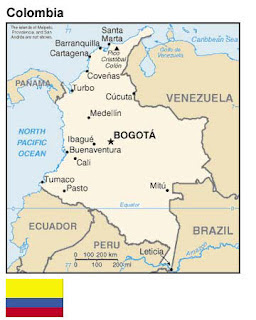 Colombia has been called the "Israel of South America" by Venezuelan president Hugo Chavez. Both countries, claims Chavez, are propped up by the United States and tend to invade their neighbours, a reference to Colombia's recent incursion into Ecuador to attack FARC guerrillas.

Mexico recently joined Argentina, Brazil, Chile and Peru, among others, in condemning Colombia. Ecuadorean president Rafael Correa is now in Brazil for meetings with president da Silva before heading to Venezuela for a meeting with Chavez.

Colombia is increasingly coming to be seen as America's proxy in South America and, as such, faces isolation within its own region.

Bush has entered the fray, urging Congress to set aside its concerns about Colombian human rights violations to push through a new US/Colombia trade deal. If he overplays his hand he risks legitimizing Chavez among moderate South American states and, in the process, wounding American influence in that region.

Is the Monroe Doctrine finally dead meat?
Posted by The Mound of Sound at 7:44 AM