The Face of The World Environment 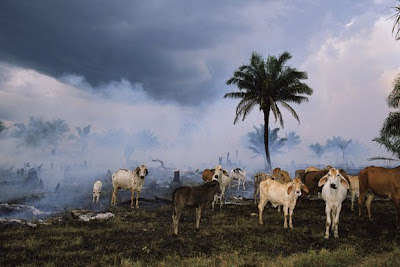 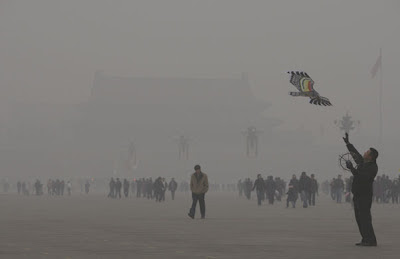 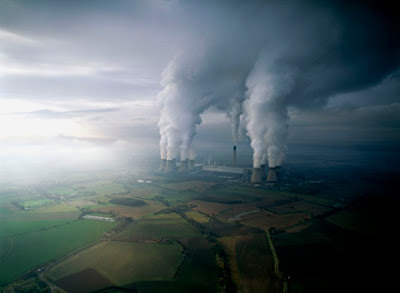 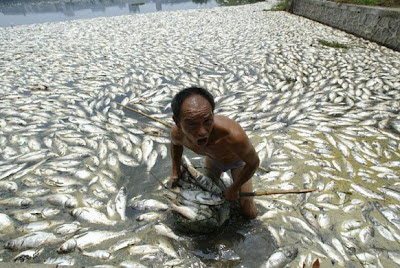 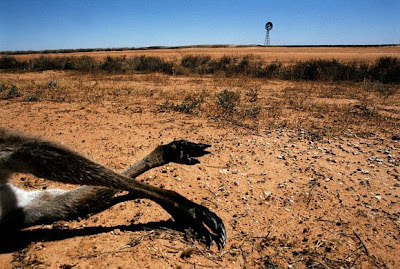 These pictures, reprinted from The Guardian, tell just part of the story of what's happening to our world. Floods, droughts, crop failures, desertification, resource depletion, freshwater exhaustion, species extinction not to mention widescale pollution of the air, land and water.
Living in Canada we experience these global realities mainly through the occasional disturbing photograph. For most people in the world this is the reality of their own back yards, of their streets and cities and rivers.
Today's Globe & Mail has a moving story on the effects on the world's poor people of the doubling of grain prices over this past year. The "humanitarian" news services are running these stories every day, without exception. Around the world, more and more people can no longer afford the basic staples they see on their store shelves. That number is growing rapidly. Out of sight, out of mind? Maybe for now but not for long.
Desperate people are often angry people, especially if they can see the cause of their misery and suffering as someone else. Maybe they see you running around in your SUV as responsible for their children's hunger. A lot of these people do have some access to television even if they never could dream of having one themselves. At some point they're bound to catch a look at Western programming showing how we lead our lives, our seemingly inexhaustible abundance.
These folks already know that we rich Westerners are responsible for their climate change problems, the full effects of which they're experiencing already. Do you really think this isn't going to create a lot of hotheads seeking to avenge their people's suffering? If you don't believe that the Pentagon and the British Ministry of Defence who've studied this growing problem certainly do.
Forget Islamist terrorism, that's for kids.
Posted by The Mound of Sound at 9:53 AM