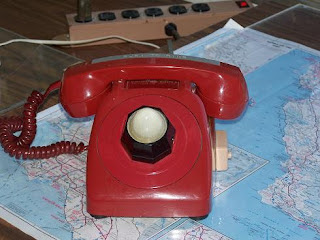 Hillary Clinton is flush with political savvy. She's no fool. That's why she had to know the potential damage she was causing the Democratic Party with her powerful, desperate and pathetic television ad dramatically depicting a ringing telephone in the middle of the night with a vulnerable sleeping baby backdrop. The message was "don't trust Obama to have the faintest clue what to do when the phone rings in the middle of the night to inform him of a grave national emergency that places that little baby's life in jeopardy."

Hillary knew that it would get results, for her, but she also had to know that, if it didn't work for her, it would get even better results for the Republican nominee, John McCain, should Obama win the Democratic Party's nomination.

If Hillary is warning Americans not to trust Obama in a crisis, imagine what McCain can - and will - do with that. If McCain has any sense of fair play he ought to ask Hillary to send him the bill she got for that ad.

Poison pills are subterfuge generally seen in corporate resolutions and shareholder agreements designed to thwart hostile takeovers or keep angry creditors at bay. Clinton didn't have to weaken her party's future that way. But she did. Why she may yet become the Republican poster girl of 2008.
Posted by The Mound of Sound at 7:51 PM

How about using a little logic there. Obama used the SAME ad.
-scott
thescottross.blogspot.com

It's 3 am and the phone rings at 24Sussex Drive. Who will you trust in dealing with the Royal Canadian Armed Forces, the war against the Taliban, keeping Canada's border safe, and guns away from the streets of Canada? There is one man who have the experience in government, met with the leaders in the past, and have established a reputation as a tough political leader when dealing with national crisis.

I am Stephane Dion and I approve this ad.

Good one Shroom. Scott, check your logic. Hillary has been the one claiming to have all the experience, the candidate ready to be commander in chief on Day One. Sadly, she's losing that claim to John w. McSame.

Hillary moves to the right and shows her authenticity. Why did she distinguished herself at the Senate Armed Services Committee? Just because her politics are more Sam Nunn than Barbara Boxer.

If you have a choice between Hillary and McCain on national security, you would take a war hero over a former bossy First Lady. Unless Obama changes the debate going into Penn.

Maybe this is what Dion needs to do. Use the red phone analogy in order to drive Harper more hard right.

Shroom, If Harpo drifted any further right he'd fall off the plate. Oh. I see.