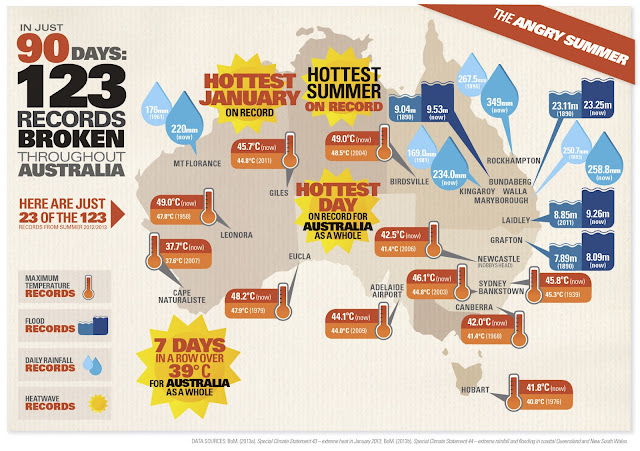 It might have a lot to do with pre-emptive politics but Australian government climate scientists have issued a report directly linking their nation's summer of extreme weather events to climate change.

The report, aptly titled "The Angry Summer", ties both extreme heat and extreme floods Australians have endured to the fact of climate change.  It comes with easy to understand graphics showing how Australia has moved to a new, hotter climate. 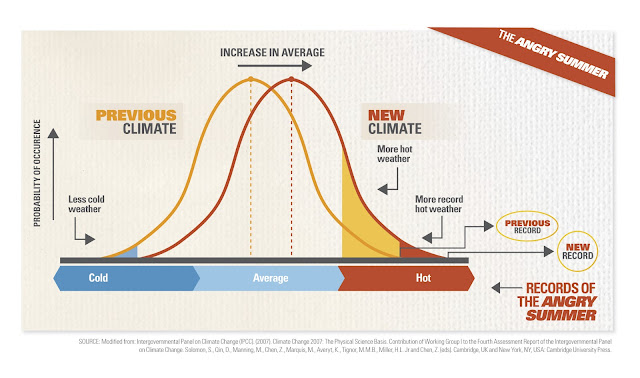 And it explains how a new, hotter Australia will be vulnerable to extreme flooding events. 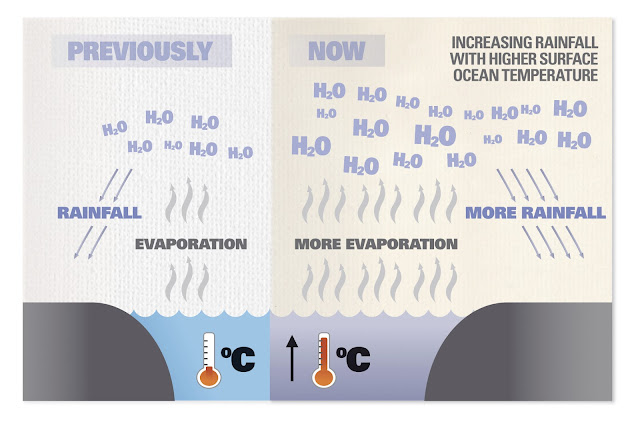 Best of all, one chapter directly addresses the phoney "debate" over climate change.

Is there a political dimension to the release of the report at this time?  Maybe, maybe not.   However just as Hurricane Sandy played to Obama's advantage over Romney in the November presidential election, The Angry Summer report will presumably bolster the outlook of the incumbent Labor (that's the way they spell it "down unda") government against the expected onslaught of the conservative Liberal party led by climate change denier Tony Abbott.

Romney paid a price for his backward position on climate change and, come 14 September, Tony Abbott may follow suit.  Eventually climate change will become a major issue in any election, anywhere, including Canada.   And that's when the Neanderthals, like today's Conservatives, Liberals and New Democrats will either evolve or go extinct.
Posted by The Mound of Sound at 8:21 AM

And you have once again shouted from the rooftops that climate change is a political football. Nor is 'discussion' with an agency charged with promoting climate fearmongering a productive exercise. It starts on the worst possible basis : by denying operation of the principles of discussion which would otherwise be standard practice of scientific contention throwing out non viable hypotheses.
A physicist science writer made a point of sending me a link to his latest article about what he considers the realities of the situation - which he and his associates have decried for years.
Geo-engineering: do we see weather warfare or don't we? my.opera.com/nepmak2000/archive/monthly/?day=20130304 See Comments

Thanks Opit. Informative as ever.

Huh. Thanks for the courtesy. I'm participating in the thread at http://joannenova.com.au/2013/03/tim-flannery-extreme-climate-predictions/#comment-1249761