Well, That's That Then. 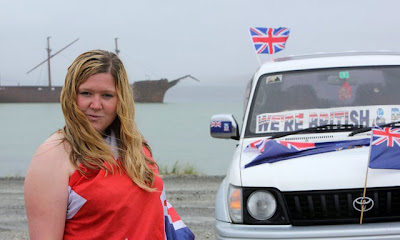 In an upset, Falkland Islanders have voted overwhelmingly in favour of flipping the bird to Argentina.

Despite near zero temperatures and flurries of snow and rain, the turnout was 92% from an electorate of 1,650. All but three people voted yes to the question posed on the ballots: "Do you wish the Falkland Islands to retain their current political status as an overseas territory of the United Kingdom?"

Those pesky Argies were not impressed.
Posted by The Mound of Sound at 9:36 AM