A few weeks back I put up a survey of various nations that were getting into the stealth game with either aircraft or UAVs under development or actually in testing.

One reader pointed out I had overlooked Iran's new stealth fighter.  Overlooked, no; omitted, yes.   The photos Iran released showed what was plainly a mockup of what somebody in Tehran thought a stealth warplane should look like.   It was also pretty obvious when the had a pilot stuffed into the miniscule cockpit that it wasn't even a full scale model.

Now, to refute critics, Iran has released a photo of their stealth fighter cruising over a mountain range. 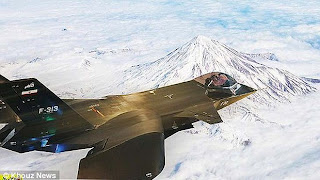 Wait, something's not quite right.   The airplane looks like it was lifted straight out of the studio photos. 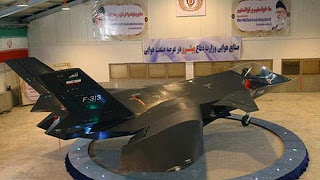 And then maybe Photoshopped over a stock mountain image. 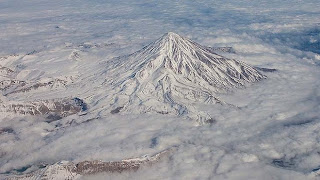 Makes you wonder whether these Bozos really imagine they're fooling anybody, especially American or Israeli military intelligence types?

Email ThisBlogThis!Share to TwitterShare to FacebookShare to Pinterest
Labels: Iran

Cynical me might suggest the only people they'd fool would be American or Israeli military intelligence types. Or at least, they'd pretend to believe it so they could ask for bigger budgets.

Do have to admit that's a nice looking stratovolcano, though...