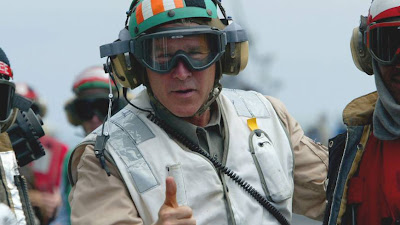 The media is swamped with articles about the 10th anniversary of the Anglo-American conquest of Iraq.   To those of us in the "I Told You So" camp, most of these missives are utter crap.   That's probably because they're being written or published by those who showed their true colours in the run-up to the war, the Bush-Cheney-Blair cheerleaders who would rather everyone forgot about their own behaviour in 2003. Fortunately The Atlantic has an article that rips the scab off the "Hatred, Resentment and Mockery" that mainstream Amerika lavished on those who dared stand against the war.

Reflecting on the apologetic Iraq War retrospectives many writers have published in recent days, Freddie deBoer observes that "one of the most obvious and salient aspects of the run up to the war" is being ignored: "the incredible power of personal resentment against antiwar people, or what antiwar people were perceived to be." As he remembers it, "the visceral hatred of those opposing the war, and particularly the activists, was impossible to miss. It wasn't opposition. It wasn't disagreement. It was pure, irrational hatred, frequently devolving into accusations of antiwar activists being effectively part of the enemy." Now, he says, it is all but forgotten. 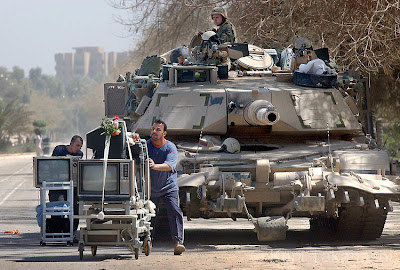 The Atlantic's Conor Friedersdorf has researched a sampling of the irrational hatred that was spewed at Iraq war opponents, just a sampling, and it's disturbing.  Follow the link above and read the article in its entirety.

Doves are held up to ridicule, their patriotism disparaged, their allegiances questioned, their aesthetics mocked, and their position attacked from every rationally irrelevant angle imaginable. Humans do it again and again, even though it always seems discrediting in hindsight. Says deBoer, "I think people don't want to admit that hatred of the left-wing was part of their problem in 2002 and 2003 because they still hate the left, and recognizing the irrationality of their earlier hatred would compel them to think over their current hatred." He is right.
Posted by The Mound of Sound at 9:29 AM

An interesting story on this subject matter.

Donahue was a rare anti-war voice on television during the run-up to the war, but he was fired in early 2003, even though his show was a highly rated one on the network. A leaked memo later revealed that NBC executives considered him a "difficult public face for NBC in a time of war."


"Why of course the people don't want war ... But after all, it is the leaders of the country who determine the policy, and it is always a simple matter to drag the people along, whether it is a democracy, or a fascist dictatorship, or a parliament, or a communist dictatorship ... Voice or no voice, the people can always be brought to the bidding of the leaders. That is easy. All you have to do is to tell them they are being attacked, and denounce the pacifists for lack of patriotism and exposing the country to danger."
- Hermann Goering at the Nuremberg Trials after the Second World War

The more a person understands about people and history, the more it appears elites train their children to carry out plays from the past that have been made repeatedly. Much like a football team with a playbook. The Playbook is updated very so often, for reasons ranging from improved technology to recognition of past damage to their own wealth.

"Voice or no voice, the people can always be brought to the bidding of the leaders. That is easy. All you have to do is tell them they are being attacked, and denounce the peacemakers for lack of patriotism and exposing the country to danger."