Why Don't We Start With the Easy Things First, the Things That Matter. 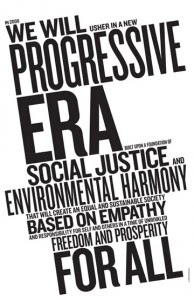 Sure, we all want rid of the Prince of Darkness, Beelzebub himself, Sideshow Steve Harper.   Fair enough, we're all agreed on that.

But why don't we start with the easy things first?   Why don't we change ourselves, our political parties?  That's easy because our politics are ours, meaning they're ours to shape and build and change.

Why not begin by restoring progressivism to its rightful place in the ranks of both the Liberals and the New Dems?   Now that everyone has pulled up stakes and gone into the deserts of the centre and centre-right chasing after Harper, the Canadian public has become detached, disaffected if you like.

The Libs and New Dems want Canadians to vote for them because they don't like Harper.   That, in its plainest form, is bullshit.  It might be palatable to the Bay Street boys but it's meaningless on Main Street where the voting public lives.   Those people have a lot of worries today.   They're worried for themselves, they're worried about their futures and they're really worried for their kids and grandkids.   Try tapping into all that worry and all that discontent.  It's like geo-thermal energy.   Once you tap it, it's free.

Try acting like progressive political leaders instead of like candidates vying for a seat at the boardroom table.    That, by the way, is what you have been doing - a lot.  That's almost inevitable in any nation that descends from democracy to petro-statehood.   Almost inevitable but it's still a matter of choice.

A good start is to begin paying attention to what's underway in our own country and in the world.  There's no point trying to govern like we're in the 80s any more, that's over and those times aren't coming back.   The world as we knew it is shifting to meet a new reality.

Mankind has gone from just over 2.5 billion when I was born, itself an all-time record, to today's all-time record of over 7 billion heading, we're told to 9 billion by 2050.   And while there are a lot more people on the planet, more of them are developing greater appetites for more things.   Canada is one of a very few countries that doesn't yet have a population crunch but that doesn't mean we won't be affected by problems elsewhere.   We will.  There will be economic, security and political dimensions to deal with.  That demands that we begin looking to the future and developing policies we and our future generations will need to meet it.

Climate change is already taking a toll, particularly in our Arctic region.   As we've seen on the east coast, sea level rise is also emerging as a challenge that must be addressed.  Western and central Canada can expect sustained bouts of drought and floods along with summer heat waves.   Again we have to look to the future and begin implementing appropriate policies.

Early signs are beginning to appear that globalization, as we have known it, may not be able to survive through this century.   Japan is said to be moving to jettison globalization in order to "reflate" its economy after two decades in the doldrums.  Globalization ultimately depends on significant levels of political, social and security stability all of which may be vulnerable to what some are already calling the Century of Revolution.  We need to imagine what the future may hold for Canada's economy and create policies that allow us the flexibility to adapt to change.

Corporatism, an incident of petro-statehood, must be wrestled to the ground.   Commerce and wealth must be safeguarded but always in the context of service to the nation and people.  If this sounds radical, it's a wisdom proposed by the likes of Abraham Lincoln and Teddy Roosevelt.   Quoting liberally from Lincoln, Roosevelt offered this in his 1910 "Square Deal" speech:

"Labor is prior to, and independent of, capital. Capital is only the fruit of labor, and could never have existed if labor had not first existed. Labor is the superior of capital, and deserves much the higher consideration."

...In every wise struggle for human betterment one of the main objects, and often the only object, has been to achieve in large measure equality of opportunity. In the struggle for this great end, nations rise from barbarism to civilization, and through it people press forward from one stage of enlightenment to the next. One of the chief factors in progress is the destruction of special privilege. The essence of any struggle for healthy liberty has always been, and must always be, to take from some one man or class of men the right to enjoy power, or wealth, or position, or immunity, which has not been earned by service to his or their fellows.

...our government, National and State, must be freed from the sinister influence or control of special interests. Exactly as the special interests of cotton and slavery threatened our political integrity before the Civil War, so now the great special business interests too often control and corrupt the men and methods of government for their own profit. We must drive the special interests out of politics. ...For every special interest is entitled to justice, but not one is entitled to a vote in Congress, to a voice on the bench, or to representation in any public office. The Constitution guarantees protection to property, and we must make that promise good. But it does not give the right of suffrage to any corporation.

The absence of effective State, and, especially, national, restraint upon unfair money-getting has tended to create a small class of enormously wealthy and economically powerful men, whose chief object is to hold and increase their power. The prime need to is to change the conditions which enable these men to accumulate power which it is not for the general welfare that they should hold or exercise. We grudge no man a fortune which represents his own power and sagacity, when exercised with entire regard to the welfare of his fellows.

Every dollar received should represent a dollar’s worth of service rendered-not gambling in stocks, but service rendered. The really big fortune, the swollen fortune, by the mere fact of its size, acquires qualities which differentiate it in kind as well as in degree from what is possessed by men of relatively small means.

Which of these principles, espoused by Lincoln and Roosevelt, is less valid in 2013 than it was in 1910 or 1860?   What new wisdom have we developed that makes them obsolete or redundant?

These are, in fact, the very foundation for the maintenance of a strong, expansive and robust middle class that, of itself, is the anchor of stable democracy.   For decades we have lost sight of these things, lured by illusions of easy and limitless wealth.

Restoring these principles and values is essential to getting through the 21st century.   Canada needs a highly cohesive society willing to pull together and capable of bearing sacrifice as that becomes necessary.   That is going to take a major policy change and plenty of courage but the rewards of acting are great and the consequences of inaction are potentially devastating for our future generations.

Policy, policy, policy - there can be no substitute for bold, informed and principled decision making, particularly in challenging, transitional times such as those upon us now.   These things are anathema to Sideshow Steve and have been deliberately neglected during his term in power.

Restoring these principles and values is also the means of restoring the connection between progressive Canadians and their federal government.   There are great costs that may befall us if we don't.  Without a government in service to our people rather than our resources we risk losing the essential cohesiveness of our society which in a country such as Canada is surely an invitation to our Balkanization into self-interested regions.   That may suit Stephen Harper but it would be a damned poor result for the country.
Posted by The Mound of Sound at 9:59 AM

A person has to pinch hisself when he remembers that Teddy (and Abe) were actually.......eek.....Republicans. Hell, even Ike wouldn't be allowed in the Paul Ryan Party these days!

I saw Jeremy Grantham on TeeVee the other day, there's an investment fund manager with a realistic and long range view of reality.

Well said .. very well ..
Timely, observant... blunt, accurate
like having a compass.. in the storm

It reminds me ..
that what we have in Ottawa
is a collection of nondescript ragtag political parties mutating from oddball alliance lawn sales, pulpits and their respective club members.. Many not that far removed from being brainless soccer louts are instead, apparently mindless political louts. Mere lemmings t'would seem.. and to be mean spirited I would have to say we don't know if they run at the head of the lemming pack or are simply following the arse & tail in front of them.. headlong.. Amen

Based on the so called 2011 election
we see them repeating aspects of - or inventing new drama..
to a very odd script. And its like pale, limpid, washed out quasi Shakespeare with a depressing dollop of Charles Dickens

It seems this is what our frowsy Prime Minister pines for..
A nostalgic, twilight.. dreadnight in the dying boreal forest. Knaves with trumpets blare.. cue the prancers Oliver, Kent and Ashfield
All hail.. China .. ulp ..

Then with stumbling n bumblings, they defy n deny all scandal, go all Royal on us of course & wrap themselves in numerous polls, the Globe and Mail, our glorious Queen n King and those princes too.. and invoke the gory and glory of war dead in 1812.. drilled by musket ball or dismembered via grapeshot.

Uh .. Steve ...
This is Canada eh ...
& we aren't the Crusaders saving your Holy Land from the Infidels
and your holy land sure aint Israel