Shroud of Turin, the Sequel, Coming to Your TV 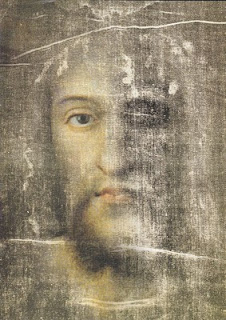 In one of his final acts as Pope, Benny "the Rat" Ratzinger, signed off on another television documentary about the Shroud of Turin.  We haven't seen the Shroud for 40-years since Pope Paul XI allowed it to be shown on TV in 1973.

Previous research suggested it was actually a medieval mock-up, not the real deal, but now we'll have some other researchers disputing the earlier researchers and claiming that it does indeed date back to the time of Jesus.
Posted by The Mound of Sound at 8:44 AM

Assuming Jesus actually existed and wasn't just another version of a mid-east myth (eg. Horus, Mithras). No contempory historical references exist to confirm there was such a person and the Roman information in the Bible is just plain wrong.