A team of Ecuadorean politicians is in Beijing.   They bring gifts - more than three million hectares of pristine Amazon rainforest that is to be auctioned off to Chinese oil companies.

On Monday morning a group of Ecuadorean politicians pitched bidding contracts to representatives of Chinese oil companies at a Hilton hotel in central Beijing, on the fourth leg of a roadshow to publicise the bidding process. Previous meetings in Ecuador's capital, Quito, and in Houston and Paris were each confronted with protests by indigenous groups.

Attending the roadshow were black-suited representatives from oil companies including China Petrochemical and China National Offshore Oil. "Ecuador is willing to establish a relationship of mutual benefit – a win-win relationship," said Ecuador's ambassador to China in opening remarks.

According to the California-based NGO Amazon Watch, seven indigenous groups who inhabit the land claim that they have not consented to oil projects, which would devastate the area's environment and threaten their traditional way of life.

Peru offers a look at what the future holds for Ecuador's indigenous peoples of the Amazon when Big Oil comes to the rainforest.


Peru has declared an environmental state of emergency in a remote part of its northern Amazon rainforest, home for decades to one of the country's biggest oil fields, currently operated by the Argentinian company Pluspetrol.

Peru's environment ministry has given Pluspetrol 90 days to clean up the affected areas and reduce the risk of contamination to the local population.

In declaring the state of emergency, Peru's environment ministry said tests in February and March found high levels of barium, lead, chrome and petroleum-related compounds at different points in the Pastaza valley.

Pluspetrol, the biggest oil and natural gas producer in Peru, has operated the oil fields since 2001. It took over from [California based] Occidental Petroleum, which began drilling in 1971, and, according to the government, had not cleaned up contamination either. 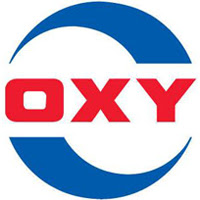 The Occidental Petroleum issue is highlighted because it might be a good indicator of what we're going to face when Big Oil vacates Athabasca.