I Don't Have to Visit Japan - It's Coming to Me! 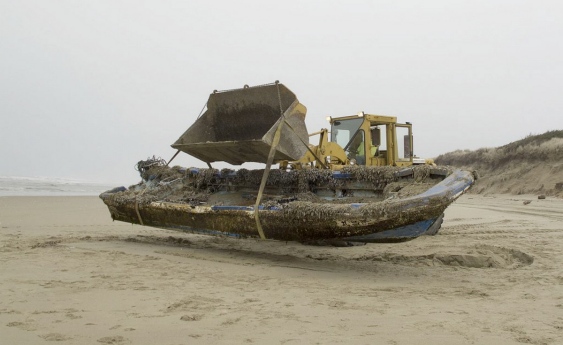 America (you know, the country that hasn't outlawed science) is finding some curious critters that have been carried across the Pacific on Japanese tsunami debris now arriving on our shores.

Invasive species are hitchhiking to the west coast of North America on debris from the March 2011 Japanese tsunami and it could be years before it is known which species will take hold and how much damage they will do, Oregon State University scientists say.
But there is a major gap in the research because no samples have been sent from B.C. and there does not appear to be equivalent research data from Canada, said John Chapman, a marine invasive species specialist from Oregon State’s Hatfield Marine Science Center.

Chapman, who has studied more than three dozen pieces of tsunami debris from Alaska, Oregon and Washington, said several species have the potential to cause widespread ecosystem and economic damage. 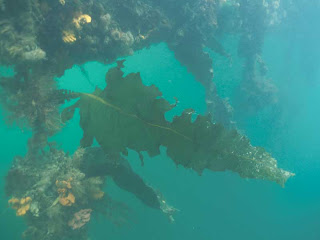 Examples include wakame kelp, which can spread quickly, fouling docks and blocking sunlight from native kelp and seaweeds; sea squirt tunicate, which can foul aquaculture lines, and a parasite that can kill oysters, said Chapman, one of the first scientists to examine a massive dock that washed ashore last year in Newport, Oregon.


The dock was covered in thousands of organisms in layers up to 15 centimetres thick.


It is difficult to look at the big picture without information from B.C., Chapman said.


“We haven’t seen one thing from B.C and we know it has to be happening there,” he said. “I think you are being bombarded with debris carrying near-shore ocean species.”

It seems like just yesterday that we had marine scientists who could have looked into this to see what perils coastal British Columbia faced.   But that was before another invasive species, prime minister Sideshow Steve (Athabascanus Horribilis), got rid of all those pesky Fisheries & Oceans science types before they could see what perils he had in mind himself for coastal British Columbia.
Posted by The Mound of Sound at 8:45 AM