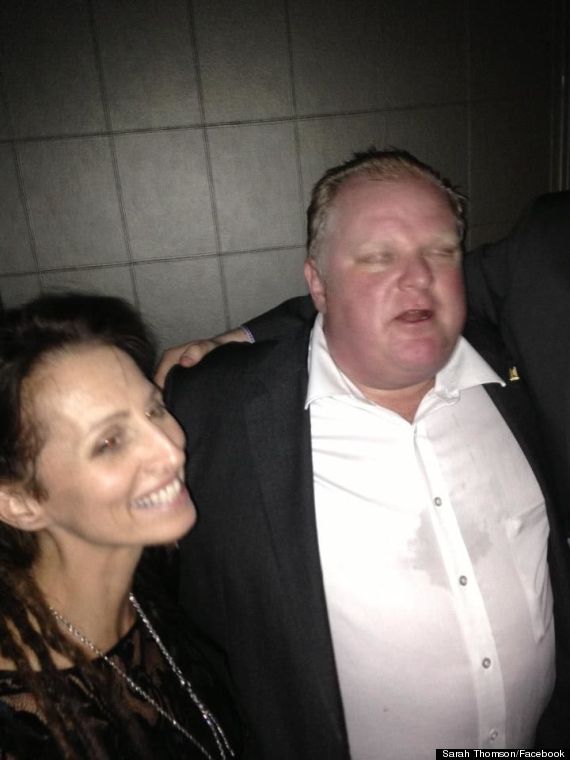 "Thought it was a friendly hello to Toronto Mayor Rob Ford at the CJPAC Action Party tonight until he suggested I should have been in Florida with him last week because his wife wasn't there.

Seriously wanted to punch him in the face. Happy International Women's Day!"

Thomson elaborated on the events of the evening in the comments on the post, alleging that Ford grabbed her in a sexual manner.

"Guess where his hand was in this picture? I must go shower...."

"Is grabbing someone [sic] ass assault?"

"I've never seen him so out of it. I know I shouldn't be pissed but after spending 10 months on the campaign trail together you expect a little bit of respect at the very least for my husband."

Ford denied the accusations in a statement released to the press Friday afternoon and said he was surprised that "a woman who has aspired to be a civic leader would cry wolf."
Posted by The Mound of Sound at 10:16 AM

He's not that old.

His people are claiming he was cold sober but in that picture he looks damn near three sheets in the wind. Perhaps he always looks like that.

At any rate those same "people" are also claiming that Ford has lawyered up yet again, which appears to be the standard response of the bully. Never defend, always attack.