It's Time Science Deniers Were Driven Out of Office 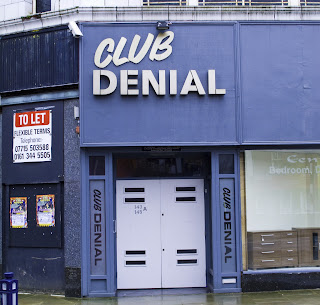 The Harper government is full of them and, judging by their policies, the other parties have their share too.   They're science deniers, those who find it politically expedient to either deny scientific opinion or simply ignore it in the quest for political advancement.

The simple fact is this type of political complacency is putting us in peril - you, me, everyone.  It's inexcusable and it represents political corruption or political cowardice and nothing else.

McClatchey Newspapers offers an eye-opener, "Who Needs Science", that looks at how narrow interests from the tobacco to the fossil fuel industries, even the sun tanning salon association, get the political classes to do their bidding and ignore science despite the harm they inflict on the public.

The dispute between the sun-tanning industry and science has a depressingly familiar ring. How long did Big Tobacco persist in denying that smoking caused cancer?

By pressuring lawmakers to disregard evidence that children who spend a lot of time in tanning beds are more likely to develop skin cancer, the industry hopes to buy time. Sure, some kids will get melanoma, but that potentially fatal affliction may not show up until adulthood. In the meantime, 14,000 tanning salons continue to exploit their tan-infatuated customers.

Audacious denial of scientific fact has become so much a part of our world that we hardly blink when an industry takes issue with health experts about the harmful effects of its products.

A recent cover story in The New York Times Magazine describes how the processed food industry not only downplays the health risks of its products, but also that Big Food employs scientists to make the salt- and sugar-laden junk they sell even more addictive.
If we thought bringing Big Tobacco to justice was a long, hard slog, imagine the fight Big Food can muster. Coca Cola, Kraft Foods and their ilk aren’t about to let a bunch of pointy-headed scientists tell Americans what they shouldn’t eat.

It’s bad enough that science scofflaws hold the upper hand in the market place. It’s inexcusable when they are able to keep the public from learning about threats to their wellbeing, which appears to be the case in South Carolina.

The State newspaper had reported that for more than a year the S.C. Department of Natural Resources (DNR) has been sitting on a report by a team of scientists that outlines the possible effects of climate change on the Palmetto State.

...South Carolinians don’t need a biology degree to appreciate how such changes could cost the state untold millions in damages.

Unfortunately, they aren’t able to read the 102-page report because the DNR board has blocked its release.

Why? Because the report says global warming is a reality and recommends the DNR should help educate the public about climate change.

“The board only wanted to make certain that the effort was not to produce an advocacy document that pointed to the reasons for climate change, which remain under scientific debate,” DNR Board Chairman John Evans told The State.

Suppression or indifference to science, particularly where the wellbeing of the public, today and in future generations, is imperilled should be a political career-killer.   Yet the blame rests with us as much as anyone named Harper, Kent, Oliver, Mulcair, Trudeau or Hall-Findlay.   We set the bar for these clowns and we haven't just lowered it, we've dropped it to the ground.   If they're not busy jumping for us they're instinctively drawn to jump for someone else.


The 21st century is going to be tough enough for our kids and grandkids to get through without making their lives even more miserable by tolerating science deniers in our political ranks.