A Warming Ocean and Albion Freezes 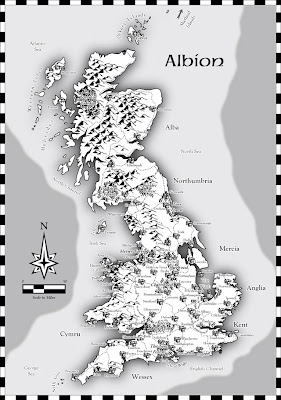 The British Isles have been plunged into a sudden deep freeze and researchers are blaming a rapidly warming Arctic Ocean.   The Arctic, which has seen a loss of 80% of its sea ice volume in the past 30-years, is having powerful impacts over an increasingly large area of the northern hemisphere.

According to Jennifer Francis [research professor with the Rutgers Institute of Coastal and Marine Science] and a growing body of other researchers, the Arctic ice loss adds heat to the ocean and atmosphere which shifts the position of the jet stream – the high-altitude river of air that steers storm systems and governs most weather in northern hemisphere.

"This is what is affecting the jet stream and leading to the extreme weather we are seeing in mid-latitudes," she said. "It allows the cold air from the Arctic to plunge much further south. The pattern can be slow to change because the [southern] wave of the jet stream is getting bigger. It's now at a near record position, so whatever weather you have now is going to stick around," she said.

A recent paper by the US government's National Oceanic and Atmospheric Administration (NOAA) also found that enhanced warming of the Arctic influenced weather across the northern hemisphere.

"With more solar energy going into the Arctic Ocean because of lost ice, there is reason to expect more extreme weather events, such as heavy snowfall, heat waves, and flooding in North America and Europe," said the researchers.

The Met Office's chief scientist has previously said the melting Arctic ice is in part responsible for the UK's recent colder winters.

"These are the sort of changes that are going to affect us in quite a short timescale," he warned. Last year saw record heat, rainfall, drought and floods in the northern hemisphere.

I remember reading a BBC piece about 8 years ago or thereabouts saying that Britain's climate was expected to be much more like that of Siberia as the jet stream, and especially the Gulf Stream, changed.

This was about the same time Brenda queried the Blair gov't about whether Balmoral would ever be warm enough to visit again.