Climate Sensitivity in a Nutshell 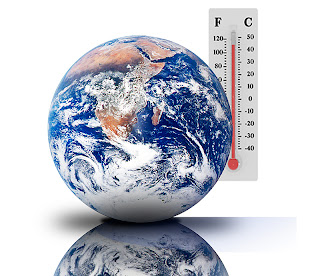 There's a very useful, and usefully concise, primer on climate sensitivity in The Guardian.  It runs through the major ambiguities, probabilities and mere possibilities and deserves a quick read.

To pique your interest, here are the final three paragraphs.

So far we're about 40% of the way to doubling atmospheric carbon dioxide compared to levels before the Industrial Revolution, and rising fast. If we continue on our current track, we'll reach the doubled carbon dioxide mark around mid-century; even sooner when the warming from other human greenhouse gas emissions like methane is included.

That's bad news, because it's internationally accepted that more than 2°C surface warming would be very dangerous. So we're on pace to commit ourselves to 2 to 4.5°C warming by mid-century, and 2°C is considered too dangerous: the math doesn't look good. It tells us that even if climate contrarians are right and climate sensitivity is relatively low, our current emissions path is still unacceptably dangerous.