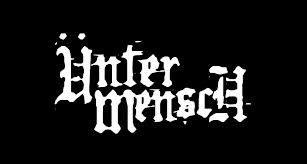 The Heritage Institute -   neo-conservative America's premier think tank - is warning Americans that Hispanics are way too intellectually inferior to be accorded U.S. citizenship.  In High German I think the word is untermensch.

Earlier this week, the Heritage Foundation released a new report, “The Fiscal Cost of Unlawful Immigrants and Amnesty to the U.S. Taxpayer,” that confounded nearly everyone who read it. Using some preposterous methodology, its two authors, Jason Richwine and Robert Rector, concluded that providing undocumented immigrants with a path to citizenship would cost the U.S. government $5.3 trillion.

...Trying to comprehend how Richwine and Rector could have reached such a conclusion, Wonkblog's Dylan Matthews found a clue in the dissertation Richwine wrote for his 2009 Harvard Ph.D. in public policy. “Richwine’s dissertation asserts that there are deep-set differentials in intelligence between races,” Matthews explained. “While it’s clear he thinks it is partly due to genetics—‘the totality of the evidence suggests a genetic component to group differences in IQ’—he argues the most important thing is that the differences in group IQs are persistent, for whatever reason. He writes, ‘No one knows whether Hispanics will ever reach IQ parity with whites, but the prediction that new Hispanic immigrants will have low-IQ children and grandchildren is difficult to argue against.’”

Can we call them fascists yet?

Heritage has now disowned this report, and fired Richwine.

Heritage is on the right of the mainstream right in the US, but it still doesn't openly welcome right-wing racists. But they're obviously knocking at the back door, and are sometimes are let in.

Reading about resurgent racism in Europe, I'd say that the right in the US is more moderate than I'd expect, given the problematic economic and social situation in the US.

My sister lived in Mexico City for years. I remember well that in Mexico, they used lead additives in gasoline much longer than North Americans. The pollution was so bad in Mexico city, that airborne lead was having a major measurable impact on childrens development. IQ levels were significantly lower than for the overall Mexican population. Obviously that has nothing to do with genetics or race, but it could have provided a basis for racist nutters to exploit like this.

The new republic article you linked to has some really just incredibly stupid quotes though. Like:

"Remember, racial groups are imagined communities; there’s nothing biological or genetic that makes someone ‘black’ or ‘white.’ These are social distinctions."

I think making assertions like that is a problem when arguing against racist or racialist policies. It misses the point. I think human races exist. Not just "socially" but "genetically". Because that is what evidence says. Differences between races exist, and not just in the trait of skin colour. Differences in measures of intelligence between difference races may have both genetic and cultural components with complicated interconnections.

All these things are something to study, but not something to hang any public policy hat on. None of those facts or arguments for the idea of genetic (not just cultural) race justifies any kind of racist immigration policy, or any other exclusionist policy. (I won't expand further on this argument: anyone moderately interested in the topic ought to know all the nuances already.)

The problem of arguing against a racist policy principally with the claim that "race doesn't exist" is that it will hold no water with those who think races do exist, or are unsure. Those listeners might discount the rest of your argument, or even be more predisposed to agreeing with the idea that since races may exist, why not have racist or racialist policies? If all that's holding back racist policies is the idea the "science" says race doesn't exist except "socially", then humanity is in deep trouble if "science" suddenly shows race exists in ways other than just "socially".

I wonder how much longer before these arguments become moot. When I was a young man inter-racial relationships were relatively uncommon and subject to all manner of social stigma. Today those distinctions are breaking down, prejudices being overcome. Some envision most of us being "tan" to some degree in just a few generations.

Interesting that Richwine got the boot. I wonder whether Heritage found his published remarks unacceptable or simply the heat that came there way after they were public.

@the Mound: ROFL, ever seen the Movie Bullworth.... great movie about a US Senator, expands on that theme.