Too Stupid for Satire? 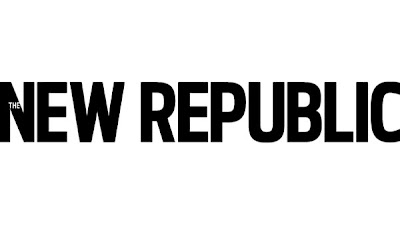 Is political satire too risky for American consumption?  Luke O'Neil argues in The New Republic that fake news has to go.

Did you hear the one about the racist NRA president? You probably did if you've been on Facebook or Twitter in the last forty-eight hours. A widely shared article from the website the Free Wood Post headlined, “NRA President Jim Porter: ‘It’s Only A Matter Of Time Before We Can Own Colored People Again,’” has been making the rounds (44,490 shares and 66,000 likes on Facebook), and rightfully so. It's an inflammatory, attention-grabbing hook that plays right into the stereotype liberals have about the people who join the NRA. The only problem here is it's obviously fake, which anyone who spent more than thirty seconds reading the article should have surmised. Even worse, the obvious fakery, so easily forgotten once you get the not-so-subtle gag, has gotten much more attention than the actually creepy things that Porter has really said about the Civil War.

“People on the Internet Are Gullible!” would probably be a much less successful headline, and this wouldn't even be worthy of mentioning if it didn't happen so often. The satire site The Daily Currant, has been pulling the same bait and switch over the past year to a similarly facepalming effect: Remember the bit about Todd Akin suggesting that breast milk could cure homosexuality? And then there's Literally Unbelievable, the Tumblr that pulls together incredibly credulous reactions to The Onion stories as if they were real. It's not just average people falling for those stories either; the list of actual news gathering organizations throughout the world being played for suckers is genuinely embarrassing. The Drudge Report galumphed its way into the media news last week, making its top link a Daily Currant story about New York City mayor Michael Bloomberg being denied a second slice of pizza at a restaurant. Back in February, The Washington Post picked up another Currant yarn about Sarah Palin joining Al Jazeera America.

I think O'Neil overstates his case.  If The Washington Post is conned by political satire the problem is with the newspaper, not the satire.  WaPo needs to up its game.  But the point O'Neil overlooks is that the American public isn't endangered by the satirical fake news sources but from mainstream fake news and opinion outlets, the powerful misinformation industry, with names like FOX News, Limbaugh, Hannity, O'Reilly, Savage and so many others.   The damage they do to the American public renders utterly insignificant the few hundreds who may actually be too gullible for political satire.

And, after all, isn't that what satirical fake news does, attack the mainstream misinformation industry?   Who else calls out Fox News and Limbaugh and all these other charlatans and absolutely shreds them but The Daily Show and Jon Stewart?  You won't find that scathing dissection in The New York Times or anywhere else but in satirical fake news sites.
Posted by The Mound of Sound at 9:27 AM