When You Suck at Opposition, You Betray the Public 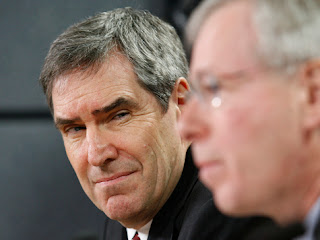 It's not just the government that owes a duty to the country, the opposition also owes a solemn duty to the public.  That's the lesson that's inescapable from the past couple of federal elections and this week's devastating electoral debacle here in British Columbia.

When you run in an election, you're obviously in it to win.   But, if you don't make it, you're seeking to serve as the opposition.  It's not some consolation prize, your reward for losing, it's that other job you were seeking, just in case. You're promising to serve the public as a foil to government, to work on policy and organization and to rally in time for the next election to give the incumbents the greatest challenge possible.   You have to be a legitimate contender.  It's your job to make yourself a better choice for the electorate and you've got to be willing to fight because politics is a blood sport and your opponent knows it.

Looking back on the opposition under Stephane Dion or Michael Ignatieff, the stomach doesn't churn but merely curdles.   Both of them were hapless but, of the two, Dion at least worked the job.

That Ignatieff was a mere poseur was evident when, at the onset of the great global collapse of 2008 and Harper, in desperation, shut down Parliament, Iggy took it as an extended holiday and went home to finish a book about his mother's family, the Grants.   Canada faced a moment of crisis, the minority government was on the ropes, and Ignatieff took a nap. 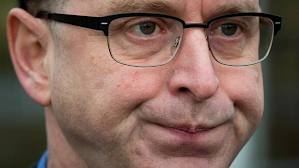 The last two provincial NDP leaders in British Columbia, Carole James and Adrian Dix, were also simply wrong for the job.  James was arrogant and high-handed and generally disliked by the public.  Dix was inoffensive but, more than anything else, ineffective bordering on hapless.   For British Columbians looking to get rid of a horribly corrupt, scandal-riddled and dishonest government,  James and Dix were, like Dion and Ignatieff, stomach curdlers.

When you look at your best hope, your opposition leader, and your heart sinks and you ask, "that's it?" you've got a problem.

You don't have to like them to know the type you need, the operators.   People like Chretien, Layton even Preston Manning, political scrappers every one.   Some times it's good to look for people who show up in Ottawa with a little bit of blood already under their fingernails.   That would be a reasonably apt description of Pierre Trudeau, Jean Chretien or any of their bunch. 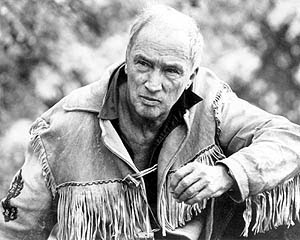 We can write volumes of our experience in how to do opposition wrong and the price paid for it.   Maybe it's time we realized how to do the job right because things aren't going to change for the better until we do.
Posted by The Mound of Sound at 9:03 AM

Why do you write so much tripe and drive others off the front page of Progressive Bloggers.? Are you bipolar or an egomaniac?

Thanks for proving every point Mound has been making about the progressives in Canada.

Anon, you seem to be in some emotionally fragile state so I won't respond to your personal attack but let me suggest if you have concerns about the way ProgBlog is organized or operated that you discuss them with Scott Tribe. Scott is always ready to receive people's concerns and suggestions.

If Adrian Dix ran a Government as he did his campaign then perhaps we are not better or worse off with the liberals!
Add to this his lack lustre campaign platform which added more expenses than jobs & we had yet another inefective Government.
Giving to the one percent on one hand or giving to the public employees on the other solves sweet F* A*