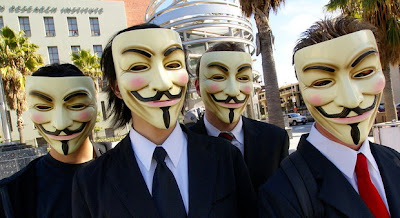 Privacy is the best possible defence you have against enslavement and oppression.   America's founding fathers knew that all too well when they enacted the Fourth Amendment, the one against unreasonable search and seizure.   For when a government can freely enter you home or explore the most minute details of your life, your privacy is essentially gone.

The great British jurist, Sir Edward Coke, put it this way in 1604,  "The house of every one is to him as his castle and fortress, as well for his defence against injury and violence as for his repose," in ruling the King and his agents were prohibited from warrantless search.

Today, of course, the King's men don't have to come into your house to sift through your papers.   They can go to your internet service provider or the telephone company or your bank or credit card company and lay bare your life, who you spend it with, what you buy, what you read and all your likes and dislikes.   In places like the United States with "total information awareness" phone calls and e-mails are automatically intercepted and computer monitored.

Today you can become a suspect not by your actions but by your profile built up, layer upon layer, from electronically recorded data then processed through computer software.   Who needs a long form census when you can electronically intercept all the good stuff anyway?

Information is not only power.  It's money.

The biggest mobile company, EE (for Orange and T-Mobile) has been selling on its 27m mobile subscribers, including calls made, location of use, downloads and sites visited. Quick off the mark, Ipsos Mori offered to sell on the acquired material to the Metropolitan Police. EE protested that its data was "aggregated and anonymised to protect its customers". Why then did the Met want to buy it? Everyone apologised.

Without a digital personality and a "verifiable" past, we will not be trusted by bank managers, employers, border guards, even spouses. Our teenage years will haunt us, perhaps rendering millions unemployable. Such people are Orwell's unpersons. When the internet, a sensational tool for living, crosses the frontier and becomes a life in itself, it risks destroying life.

Already the implied omniscience of the digital revolution is a gift to power. The American justice department was apparently angry with AP because it revealed details of a CIA operation in Yemen  without Washington's permission. In days of print – of Watergate and Spycatcher – power had to bow the knee to the media and the law. There is no such bowing now. The American government is about to open in Utah the greatest surveillance centre and storehouse on Earth, hoovering data from satellites and cables everywhere.

Government efforts to stamp on free information and opinion are usually a cloak to conceal executive embarrassment in "national security". It dusts secrecy with good intent: say a word and the dreaded al-Qaida will get to hear. Britain's Ripa dragnet, which the present home secretary still wants to extend, subjects the entire electronic realm to secretive state surveillance.

Some of this intrusion may be useful – for example, in exposing tax evasion or paedophile websites. Every cloud can be found a silver lining. But two things are frightening in the Schmidt-Cohen futurology. One is the near total absence of accountability or redress – little beyond pleas for voluntary protocols and codes of corporate behaviour. Relying for personal privacy and security on corporate virtue – remember, the virtual world is entirely corporate – is like relying on Google to pay taxes.

Far worse is the boost the internet offers to state paranoia. The US justice department professes to decide for itself how to balance press freedom against national security. How does it come by this licence? As the security industry goads ministers to ever more purchases, the ratchet is always towards control and against freedom.

It can be no accident that the systematic destruction of the privacy of the individual parallels the ascendancy of the corporatist state and the relentless degradation of democracy.  What a wonderful tool to facilitate the restoration of both oligarchs and their essential companion, serfdom.   We not only invite them to steal our privacy but we permit them to commodify it.

There was a time that events and trends like this mattered.  We would argue endlessly about them among ourselves and they would be debated on the floors of our legislatures.  Ask yourself how that all fell silent?   Are we simply too busy spilling our guts on Facebook or to Amazon or Gmail to notice that we're spilling our guts to those who can find more than one handy use for our information, most of which may be against our individual and collective self-interest?

That's why I'm beginning to think one Anonymous might not be enough.   Somebody has to watch the watchers and show us what they're actually doing to us - to you and me - today and tomorrow.  They will not tell you and you will not know.   If governments wield great and dangerous powers that we haven't given them, they are not governing with our consent.   They have only two sources of powers - those that we have given them and those they have stolen from us when they thought we wouldn't catch on.
Posted by The Mound of Sound at 8:27 AM