Could You Become a Victim of Car-Hacking? 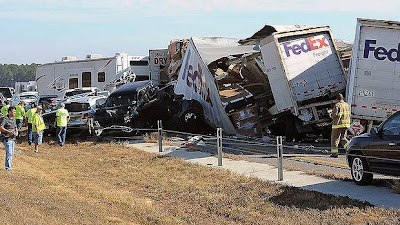 It's not carjacking.  Nobody with a gun jumping into the driver's seat and speeding off with your ride.

It's car-hacking.   A cyber criminal hacking into a car's computer systems to wreak havoc.

"As our cars become more connected – to the internet, to wireless networks, with each other, and with our infrastructure – are they at risk of catastrophic cyber attacks?" Senator Rockefeller asked in his opening statement prepared for the hearing.

Cars are increasingly controlled electronically rather than mechanically, from acceleration and starting to rolling down the windows. Infotainment systems connect drivers to satellite and wireless networks.

Today's typical luxury car has more than 100 million lines of computer code, while software and electronics account for 40 per cent of the car's cost and half of warranty claims, said John D. Lee, a professor at the University of Wisconsin-Madison's industrial and systems engineering department.

Not exactly sure why someone would do this although imagine if terrorists could send vehicles careening out of control on busy highways?  In our automobile-dependent society what would happen if confidence in our essential conveyance was shattered?

Can't remember where, but I recently saw a tv show where with simple equipment researchers were able to remotely turn on the car's brakes, overriding the driver's control.