Those On the Run Rarely Help Their Pursuers 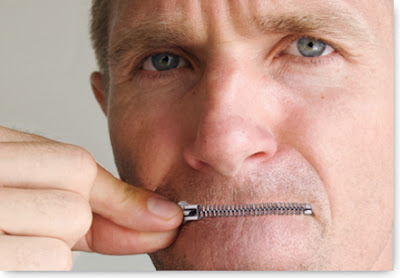 When you're being hunted down, chances are you're not going to help your pursuers.

Canada's chief electoral officer complains that Conservative Party workers have "failed to co-operate" with an investigation into the fraudulent robocalls scandal.   That has led Marc Mayrand to appear before a House of Commons committee to yet again ask for greater powers to compel witnesses to testify.

Conservatives failing to cooperate with an investigation into wrongdoing?  Sort of like senator Duffy being ordered not to cooperate with independent auditors appointed by the Senate to investigate his expenses?  And this is, after all, the government of "transparency and accountability," right?  And even after a Federal Court judge ruled these robocalls were clear electoral fraud, right?  Electoral fraud as in subversion of Canadian democracy, right?

And Mayrand pulled no punches in predicting that, unless tough measures are in place by the end of the year,  "My fear is that we see a re-occurrence of issues that we saw in the last general election, that further undermined electors' confidence and breeds disengagement and cynicism among electors."
Posted by The Mound of Sound at 9:51 AM

Bring in the proportional representation. In that electoral system every vote counts. That is the precise reason why big parties fight against PR.

Jaysus, but I'm getting tired of this PR mantra.

Yes it would solve a lot but so what.

So would a magic spell.

Both are equally likely.

It's become an ear worm. For Conservatives a "majority" means doing as you please.

@ Dana
You called my name.
Is "so what" your strongest argument?
I cannot help you then.

Anonymous, I didn't ask for nor do I especially need any help. And I'm not presenting an argument.

I'm just tired of pie in the sky wishes.

It's a waste of energy and intention.

.. every day, the kollective kockass of Harper Konada kontinues to paint their pikture of the odd heartless, weak-kneed helpless kountry they mutually believe in. The kountry only they, the Harper Kons recognize..

Which, by the way .... is not the country of Canada and Canadians.
Strong, Free .. Our County .. Canada .. is rich in those fully capable of actually doing the 'Stand on Guard For Thee' thing.. again and again and again... We suffer no shortage of Glowing Hearts .. push your shite in our faces a little harder Mr Harper... and find out what its all about, you sellout.

Canadians who elected this mixed bag of dogmatik, mantra driven, entitled, evangelistik, obstrukting, deceitful and environmentally destruktive buffoons.. as well as those who voted against a Harper Konada need to realize this. They are trying to paint Canada over with their odd colored palette of stinking shite.. as Harper Konada.

And so do those who neglected to vote or who felt their vote had no value or became konfused or angry over elektoral fraud, suppression, doubt, frustration.. For sure those folks need more and better information and protection.. and not the propaganda nonsense Harper Konada is throwing vast sums of money at on TV, internet and social media and traditional print media.

The Harper Party is not Conservative.. as many (& Mound) point out.. that's just a 'Brand Name' they adopted via a hostile Korporate takeover to take advantage of uninformed or ignorant voters. Reform and Northern Alliance had no real voter base.. in fakt they had a whole lot of voter apprehension .. in a sense.. they traded their 'Shite Soup' korporate brand.. for 'White Folks Soup' brand.. Very pragmatik .. tho not so klever from Peter Mackay's perspektive.. as the big loser in that politikal poker game

Nothing in their leadership, Ministers, membership, aktions, legislations, behavior, lack of ethiks, morality or honesty defines them as loyal, useful or responsible Canadians. So who are they ? And what in hell are they doing in charge of this country.. and playing with the dragon - China ? Thinking they comand the tides, the winds, the oceans, the mountains, the boreal ?? They alone decide what species are trashed or obliterated for their eKonomy ..

The social and political and cultural landscapes are being splattered, smeared or ripped apart by unethikal, un-mandated, appalling actions of a runaway unethikal government that trumpets its akountability and transparency

I will endeavor to never use a 'capital C or little c' in reference to these politikal kreeps & smarmy holier than thou evangelistik karpetbaggers. Nor will I identify the Country of Canada that I share with Canadians as the kountry being wrekked, smeared, polluted.. and only rekognizable to Konservative politicians, partisans, lobbyists, korporate sponsors.. and their kadre of bizarre believers & supporters.. trolls, data miners, media minders, data basers, live n robo caller wanks, and unelected dweebs.

The Canada I live in will never roll over & fall to such a shallow, pitiful, shameless kollection of korporate sellouts and korporative zealots .. The First Nations have seen this krap and karpetbaggers with the bad whisky and small lizard brain pox & forked tongues again and again and again ad infinitum ... now the rest of us have to wake up and smell the bad koffee

Salamander, after your offering above, I guess now I have to call where I live the Cootenays!

Dana is right, PR is a dead issue, if it was going to be a viable solution in this country it should have shown it by now given the now decades long attempts to make it so across this country at multiple levels of government. Personally I want to go with the transferable vote change where you rank your preferences and make it a requirement that the winner of a riding gets over 50% using said system (like the fed Libs did in the last leadership race, seemed to work well enough there). It has the virtues of being easy to understand, does *NOT* run the risk of making the parties more powerful than they already are ( a risk PR does entail), does not require fundamental changes to our electoral processes and can be done easily under current legislative realities.

Like Dana I've lost patience with the PR advocates, it is too much like a fixed income person wishing for a million dollar lottery win (and that has a greater chance of happening in my view than PR does judging by how bad its appeal has proven to be to date outside of its small band of loyalists) to solve their problems. Worse , it seems to me and others that these folks think you can't be serious about nor taken seriously as a person wanting democratic reform unless you also believe in PR, and aside from the offensiveness inherent in such a position what is even more worrisome is that is indicative of a very ideological closed mindset which I always find disturbing wherever I encounter it. In any event PR is in my view a pipe dream for the foreseeable future in this country, and if we want to work on a real problem which clearly exists now perhaps we should focus on fixes that are far more easy to sell AND implement. I guess I prefer to deal in practical and pragmatic reality than in pipe dream blue sky land, especially where what is clearly a real and increasingly severe problem with our electoral processes!