When You Think Bitumen, Think of the World's Poor and Needy

Who knew?   It seems the Harper government's support for the high-carbon, Athabasca Tar Sands is actually compassionate, even altruistic.  We're just doing our best to help out the world's poor and needy. 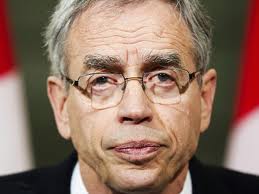 A gaggle of Canadian academics and science types just sent Ol' Joe Oliver a letter asking him to be an adult about our bitumen trafficking.

"...some of your recent comments give us significant cause for concern. In short, we are not convinced that your advocacy in support of new pipelines and expanded fossil fuel   climate change into account in a meaningful way.

Avoiding dangerous climate change will require significantly reducing our reliance on fossil fuels and making a transition to cleaner energy.

The infrastructure we build today will shape future choices about energy. If we invest in expanding fossil fuel production, we risk locking ourselves in to a high carbon pathway that increases greenhouse gas emissions for years and decades to come."

Joe is hotfooting it through Europe this week, trying to convince those ungrateful Euros that it wouldn't be right to label bitumen dirtier than other fossil fuels but his spokesman, Chris McCluskey, wasted no time plucking the heart strings.

"Cutting off oil production would create great economic hardship, especially for the poorest nations who already suffer from an energy deficit.  Indeed, one and half billion people are now without electricity. We have an obligation to responsibly develop our resources, protect the environment, create economic growth for Canadians and share our energy with the world."

Now you might not have known that we were going to "share" our energy with the world, especially not with the people of the poorest nations like the United States and China.  And that's why guys like McCluskey get paid the big bucks - to open your eyes.
Posted by The Mound of Sound at 1:50 PM

Great article, thanks .. and I think its incredibly important that people are continually made aware of who our elected public servants are in Ottawa, what their job description is (or used to be) and what they are actually accomplishing (or failing at) on our behalf.

Unfortunately, the current runaway Harper Government includes the Minister of Resources you've skewered, and Ol Joe needs to be revealed for exactly what he is. A millionaire Bay Street brokerage and petroleum pimp.. and lawyer. A Montreal import operating out of a Toronto federal riding.

Quite possibly Joe is a 'Creationist' as well.. only too happy to sell our 6,000 year old tar sands bitumen to China, which must have been created 6,000 years ago along with a passel of dinosaurs, the holy roller bible, jebuz & the virtual Mary .. and sundry Saints n St Patrick

Yes, like many of the 1 per centers, he appears to be a scion of society, a kindly grandfather type, a wise guardian of 'the economy' and a responsible senior politician.. blah blah .. hand picked to be the Minister of Tar Sands, Heavy Oil, Fracking, Pipelines, Chinese Tankers and Coastal Marine Navigation and Sea Conditions - Weather - Tidal Control.

Unfortunately, his portfolio also includes, enhancing boreal forest destruction, advocacy of election fraud, superseding ministries and jackass Ministers such as those of Environment, Fisheries and Oceans.. and he even overlaps Citizenship and Immigration to ensure Chinese miners, pipeline & refinery laborers get here. Joe Oliver is the Uber Minister !!

He's certainly made his paleolithic views about Haida Elders, scientists & biologists such as David Schindler, Alexandra Morton, and Canadian environmental advocates known.. so perhaps he'd like to assist his fellow quisling Vic Toews by ensuring those active and potential enemies of the country are monitored or arrested.

Joe Oliver right now, in my view.. needs to be spotlighted as one of the most foolish, doddering, conniving, damaging, lunatics that Stephen Harper has set loose on Canadian society. A man willing to promote and sell asbestos, pollution, bitumen, timber, ores etc .. as if Canada is merely a stock offering .. a clearing house.. goods for sale.. at a discount.. just drive up, bring your tankers, build your pipelines.. just get it out of here.. and don't pay a cent till 2015 !!!

We're not just open for business.. as Stephen Harper is fond of saying.. He has Joe Oliver, Peter Kent, John Baird, Tony Clement, Keith Ashfield et al .. out there waving the customers in to the Discount Canada Eh Warehouse Sale .. Selloff .. Sellout ...

And whether the environment is trashed. the country polluted, democracy & ethics trampled .. honesty tossed out the window... is just the 'cost of business' .. suckers ..