Did Somebody Mention Bruce Carson? 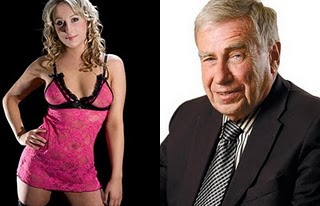 Oh yes, I did.  I mentioned Bruce Carson simply to reinforce the point that the beating heart of corruption within the Harper government is, in fact, the Prime Minister's Office, the PMO.

The denizens of the PMO aren't all outstanding, accomplished A-List types like Nigel Wright.  Harper's PMO has been a comfy way station for real scoundrels such as convicted fraudster and disgraced, disbarred lawyer Bruce Carson, who used his position inside to pursue his nefarious ways.

Remember what Bruce Harper had to say about Stephen Carson? (wait, did I get that mixed up?  no, they're sort of interchangeable)   Harper said he didn't know.  He didn't know.  Of course not Steve, how's a busy prime minister to know about the lengthy rap sheet of a top political fixer adviser?

Harper's personal Bastion of Corruption, his PMO, seems to attract scoundrels, drawn like moths to a candle, and it even seems to corrupt those who didn't arrive that way.  What is Steve, a latter day Loki?

I, for one, am glad that Steve has taken his leave and split to South America.  In the last week or so I've churned out over 20-posts on this parliamentary mess and as many lengthy e-mails to friends from the distant past.  It's wearying, it truly is.  Time for a breather until Beelzebub returns.

Will Duffy resign before Steve gets back?  That remains to be seen.   Will the dissidents who have been choreographing this scandal from the outset fire another salvo?  It's said they have more revelations.  Who knows?
Posted by The Mound of Sound at 7:38 AM

One has to wonder how many dissidents there are, Mound, and whether they have the fire power to blow up the Harper Party -- as they did the Diefenbaker and Mulroney parties.

Does Canada have an extradition treaty with Peru?

I know people who know them, Owen. I don't know whether the people I know are of them. Is there more ammunition in their arsenal? I don't know beyond getting told to "stay tuned."

There are many good, decent Canadians within the Tory ranks who are dismayed with Harper, his dishonesty and his authoritarianism. I had so hoped one or more of them would have stood up and said something at Harper's caucus charade yesterday and then walked out. None did. Instead they applauded the bastard.

@ Rumley. Yes, I believe we do but do we want him back?

Well, he may want to find a hidey hole. I guess it can't be Peru.

Todays morning cbc press conference with the senate lib chief and ralph goodale was interesting.
and yesterday on P&P the opposition stated over and over ...why did Harper change his tune.
Its baffling how Harper blithely says last week( thru the poilievre puppet) "Nigel and Duffy are canadian heroes who have honour for saving the taxpayer" ( though not sure why thats true as duffy was responsible for his debts not canadians.
And this week its "they're "skum of the earth" and he is soo very angry at them."(caucus meeting)

in the real world outside of politics I believe the Harper personality types would be designated bipolar or schizophrenic and given meds.
Only in politics is this considered part of the process, and an acceptable practice, lie and deny until you can run, lol.
I sure hope canadians are done with tolerating this BS:)

Deb, I believe you're right. Harper demonstrates the behaviours associated with a high-functioning sociopath. I do suspect he is mentally ill.

Everything is there. His overwhelming narcissism is the very hallmark of sociopathy. He was barely in office in his first minority government before he had the portraits of Canadian prime ministers removed from the foyer of the Commons to be replaced with photos of himself. That is evidence of a very serious personality disorder.

The way he has captured all the political institutions in the country, the public service, the armed forces, the national police force and essentially transformed them into his partisan, political agencies. He follows neither rules nor conventions of our democracy.

The skulduggery he practices through his PMO that remains under the table until it erupts in periodic scandal and the scoundrels like Bruce Carson he employs is again evidence of an unhinged, amoral mind.

His mean-spiritedness and vindictiveness. And his refusal to accept responsibility coupled with his insistence on always blaming others for his own wrongdoings. Classic symptoms of personality disorder.

His long-time personal adviser, Tom Flanagan, revealed some telling insights into Harper during an address on Saltspring Island last summer. He said Harper has no vision for Canada and despises the very notion of vision. Flanagan also commended Harper on his practice of giving the impression he was concerned about problems and preparing to deal with them and yet doing absolutely nothing. This, Flanagan told the audience, he thought was a good thing, a way to circumvent problems and distractions. Say whatever the public wants to hear and do whatever suits you.

He is one twisted, and dangerous, person.

I totally agree Mound. A classic narcissitic sociopath, that makes soo much sense. I remember that picture scandal, and thinking it was a bizarre act of egotism.
and the relationship with the media too...he cannot stand to be written about in any negatives.
his refusal to ever answer questions and staying with scripted statements.
He has a weird robotic way of speaking and he lacks the usual charm of a sociopath but hey cant have it all.
Yes you have summarized it nicely and yes this country is totally as his mercy. Any other normal politician or PM would have shown alot more fear and contrition for each scandal, his fingerpointing and his lack of shame doing so its very troubling.
His telling political promise of when he is done with this country we wont recognize it...its coming to pass.

Your descrition of Harper seems to be identical to the great Obama. Yes we are in trouble. Lisa

Lisa, they aren't identical because the Big O doesn't lack "the usual charm of a sociopath."