There doesn't seem to be a day that passes anymore that doesn't bring some but today we have two outrages to pass along courtesy of the Sydney Morning Herald.

First up is the mayor of Osaka, Toru Hashimoto.   Hashi, in a moment of splendid Japanese cultural sensitivity, chose to deliver his views on the "comfort women" who were kidnapped by the Japanese army and forced to work in brothels serving Japanese soldiers. 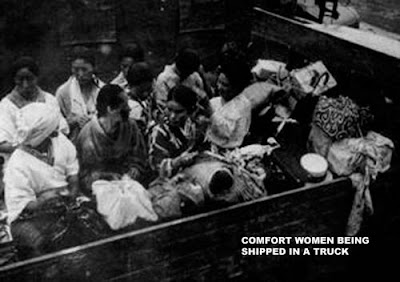 Mr Hashimoto told reporters in Osaka on Monday that the comfort women served a useful purpose. "When soldiers are risking their lives by running through storms of bullets, and you want to give these emotionally charged soldiers a rest somewhere, it's clear that you need a comfort women system."

Mr Hashimoto is the co-leader of the Japan Restoration Association, a populist party with 57 lawmakers in Parliament. His comments follow those of a string of Japanese politicians who have recently challenged what they say is a distorted view of Japan's wartime history. Last month, Prime Minister Shinzo Abe seemed to question whether Japan was the aggressor during the war, saying that the definition of "invasion" was relative.

Now let's travel across the Pacific Ocean to the Central American tropical paradise of Belize.   A construction company there used backhoes and bulldozers to destroy one of the country's largest Mayan pyramids.  They wanted the stone for road construction.

Photos from the scene showed backhoes clawing away at the pyramid's sloping sides, leaving an isolated core of limestone cobbles at the centre, with what appears to be a narrow Mayan chamber dangling above one clawed-out section. 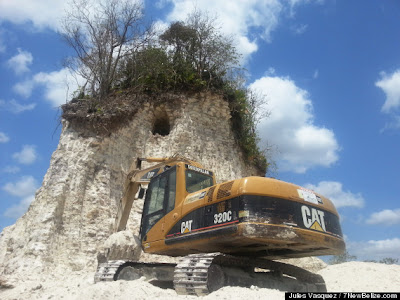 "To think that today we have modern equipment, that you can go and excavate in a quarry anywhere, but that this company would completely disregard that and completely destroyed this building. Why can't these people just go and quarry somewhere that has no cultural significance? It's mind-boggling."

Okay, that's it.   You can go shake your head now.

The Japanese are hated by the Chinese and Koreans for the simple fact of the cruelty they suffered at the hands of the Japanese especially the Koreans. The Japanese occupied Korea from 1904 till 1945 and as soon as a girl turned 16 they were trundled off to the Japanese military if the girls could not be married off. The Japanese were nothing but savage toward the Koreans and the Chinese. For example tying a man by his feet to the back of a truck and driving down the road. Guess what happened to him? I saw film footage of that while working in Asia.

Trying a man by his feet to the back of a truck and driving off down the road? By any chance was it a black man in America's deep south?

As you've read here several times, I do full well understand how the Imperial Japanese forces treated the people of China and Korea.

The pyramid destroyers should have their skulls crafted into a new one. Ancient warnings for ancient building desecration?

I did not indicate that you do not understand MOS...I was talking about what I learned having worked in S. Korea for 10 years and also from spending time in China.