What Does Tonight's Disaster Say About the NDP? 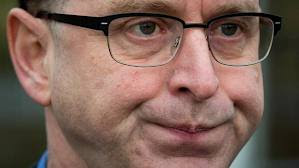 It was the New Dems' election to lose and that's just what they did.  They lost to a government that was roundly despised with a record rich in corruption, scandal, manipulation and dishonesty.

Tonight the public's distrust of the NDP trumped its disgust for the Liberals.   Tonight the NDP showed just how soft and unreliable its support can be and how easily even a rotten rival can pry those voters out of its hands.

Adrian Dix wasn't some firebrand socialist.   He was genuinely moderate and woefully lacking in the killer instinct of the blood sport of politics.   Dix foolishly took the high road and refused to engage, blow for blow, with Christy Clark's negative campaigning.

He needed to remind people every day all the reasons they had to loathe this woefully corrupt government but he wouldn't and didn't and his party, not to mention our province, paid the price for that.

I think something else we learned tonight is that New Democrat support is soft and unreliable.  It's a lesson that Tommy Mulcair and the federal Dippers should heed.  Jack Layton brought the NDP to official opposition on a groundswell of voter support in Quebec.  Where is that support today?  It's evaporating.

Well at least the night wasn't a total write-off.   My party, the Greens, won their first seat in B.C. provincial politics.    And what a win that was.   Andrew Weaver, U. Vic. professor and world renowned environmental scientist, will now replace the inept New Dems as the government's opposition on climate change and the security of our coast.
Posted by The Mound of Sound at 10:34 PM

"Andrew Weaver, U. Vic. professor and world renowned environmental scientist, will now replace the inept New Dems as the government's opposition on climate change and the security of our coast"

Good luck with that!

I say good bye B.C. What the LIEberals haven't already stolen, sold or given away to their friends already, will be gone by 2017 including BC Hydro, and most likely BCLB and maybe even the health system, or as much as Steve will allow (which will be lots).

All that will be left will be dead streams void of fish, toxic to drink and land and coast covered in toxic goo.

Reward bad behavior with even more seats and one can only expect worse behavior. I wonder if the Libs who jumped ship (Colin, Bobblehead Abbott and the Spikey Haired former minister of many portfolios - I've repressed his name, I guess) are now kicking themselves. If they are, I can only take a bit of joy in that and the still living hope that Christy at least loses her own seat - though now that she has SAVED the party they'll just give her another one.

Negative advertising works, to a great extent by suppressing the vote.............how many of the 52% that sat on their hands might have voted NDP?

I'm tired of being reminded that I live surrounded by the crazy, the apathetic and out and out criminals both gangsters and politicians who actually call the shots and run the show, and not for my or my family's benefit.

It's a dark night for British Columbia indeed, Koot.

NDP keeps picking moderate, unscary leaders, always scared about the "electability" of leader with a strong message who might have a good basis to stick it to the opponents. The electable leaders keep not being elected.

As much as I despise Clark, she has learned from the country's master in chief, harper, that to win, you must crush your opponent. Clark did just that and Adrian failed to throw her lies back in her face, repeatedly and aggressively. Even with the embarrasing voter turn-out he may have pulled it off if he had put the bad stuff in people's faces, ie HST, HST, did I mention the HST? Any bets on the first scandal? My hedge is on BC Liquor, it will go and then all the back room deal nonsense we seem to revel in this province will come out, too little, too late. A truly pathetic result.

Waterboy has a point, Mound. Clark's win is not just ominous for B.C. It's a dark omen for the country.

The HST will also be back and so begins the cycle again.

Christy Clark, our now duly elected premier, has more than a trace of Sarah Palin to her. When she first took over she even emulated Palin, dropping the "g" on her verbs. It was embarrassing. She also has Palin's moral flexibility which is to say no political morality at all.

Oh, enough of this shit. It was the NDP's election to lose and they set out to do just that. If it was a boxing match you might wonder if someone had thrown the fight.

PLG might be right. Perhaps the NDP simply violated Shakespeare's warning "unto thine own self be true."

Now the black oil will flow through B.C to the Vancouver harbour. Not so bright day for B.C.

This truly says a lot about the people of B.C. Either they don't know what is going on in their own province or they are too lazy to vote. But then...the above may be the truth for all the country. My thought was something good for the Province of BC was going to happen and in turn for the country. Nothing but disappointment.

I found a pic of the elections bc negative ad on somebody's facebook page.

Anyong, it's not just BC. There is a part of our political class that has been cultivating the disaffection and disengagement of the electorate from their political process. It's that part of the political spectrum that gains from disconnect and apathy. Stephen Harper understands this, so too does Christy Clark.

Old people vote because they understand civic duty but they're also really easily scared by fear-mongers like Harper and Clark. They're by far the most easily manipulated segment of the population and they vote!

So, if you can get the youth vote disengaged and can easily scare the hell out of the old voters, you're golden.

That's the first I saw it, Chris. Sigh.

Mound you brought up the boxing match. Dix's whole campaign had him running away from Christy saying please stop hitting me. Carole James had the same opportunities to bring up all the reasons why the BC Liberals shouldn't be reelected, and she also failed to do so.

The greens are celebrating their seat (I did vote for them too), but many ridings the ndp/green split led to the BC liberals win I think, and with a BC Liberal majority, there should be no celebrating for anyone concerned about the environment. Christy just got a new ink pad for her rubber stamp.

I agree 100% it was Dix's election to lose, and he did it in spectacular fashion. What a horrible night. My only cause of happiness is that Christy couldn't win her own seat.

MOS a request. Could you call "old" people Elders? I am not old, I am not elderly, I am an Elder.