If the Opposition Fumbles This Ball They're Not Fit to Govern 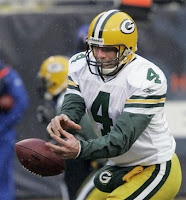 Nix "Duffygate," trash "Senategate," this is "HarperGate" and that's what the opposition needs to hammer away at.

Heritage minister James Moore is said to be en route to Prince Edward Island to demand Duffy's resignation.   That has to be part and parcel of rolling this scandal back out of the PMO and straight into the lap of a safely-resigned former senator where the opposition will be left to pick on a carcass.

Harper signalled that would be the approach in his remarks this morning.  Oh he was so deeply upset that these bad people had betwayed him.   Bad people, bad people.  So many disappointments.  Poor prime minister.   So sad.  No room for the likes of Duffy, not in Steve's government.   Bad Duffy, bad.  Poor Steve.

That is, however, the narrative Steve has chosen to fall back on, the story he plans to sell through the summer.  He has to get the focus turned around, back on Duffy, and keep it from heading toward Sussex Drive.   Stephen Harper has to regain control of this scandal.

If the opposition falls for it, Stephen Harper wins and they lose, big time.  If they focus on Duffy instead of what happened inside the PMO and why, they lose.   They need to hammer away on the cheque and the letter of understanding.   They need to keep the spotlight on Wright, on Perrin and directly on Steve Harper.  They need to make the Canadian public realize the stink isn't coming from Friendly Lane but from right inside the PMO.

When you're in opposition to a guy like Harper you won't be getting many opportunities like this one.   They cannot afford to waste it.
Posted by The Mound of Sound at 1:56 PM

You are exactly correct in this IMHO. While significant the Senate aspect is the secondary scandal, and what makes it secondary is not that it is not serious, because it is, but because the acts from within PMO are far more significant, serious and egregious. Just for starters this is about Harper and his judgment, he appointed Duffy to the Senate, he used Duffy as a major political tool for fundraising for the CPC and electioneering during the 2011 election. He appointed Wright as his Chief of Staff Yet all these people show such poor judgment and to anger him so and yet it has no reflection on his own judgment for appointing and then relying on them so closely? Oh come on!

Not to mention that is only the least connection to Harper involved here, there is clearly far more here given this man's history in terms of control issues going on, it simply requires far more suspension of disbelief than I believe any reasonable human being could reach to accept the idea that the first Harper knew of any of this was from the media last week. I mean really, why would Wright put himself and his principle/Harper in such a position of risk for no good reason and without any expectation of some reward? One would have to be a total idiot and moron not to realize the incredible risks to themselves, their office, and their boss if this were ever to become public knowledge (as we are seeing), and Wright would do this without any consult with Harper, especially since the only sane explanation for his actions was to reduce/eliminate risk exposure for the PM, his party and government? Really???

No, this goes to the heart of the Harper government to Harper himself one many levels, and the Senate is only a distraction by comparison (which again is not to diminish that side as being minor, only by comparison to what happened within the PMO with Harper's CoS being so much greater in significance and importance) and to allow Harper and the CPC to use the Senate as protection/distraction would be to act as accomplices to a cover-up of one of (if not the greatest, until it is all finally dealt with we cannot know for sure how it would rank, but rank it would and rank it most certainly is) the greatest scandals in terms of abuse of power in Canadian federal history IMHO. There is no comparable example of such in our history I think since PM Macdonald's back at the beginning of this nation's history as a nation. Given the history of corruption federally we have had that alone speaks volumes.

I'm given to understand there are more developments coming, Scotian. The dissidents who have so skilfully choreographed the leaking of information and documents so far may not be done. There may be more revelations to come.

I suspect that's why Harper seems to be doing everything in his power to get a lid back on this and to set it up as nothing more than a rogue senator and bad judgment on behalf of staffers. It's hard to imagine this working but, then again...

The leaks to Bob Fife suggest that there are people in the Conservative Party who refuse to bow and scrape before Harper, Mound.

There is a Deep Throat somewhere. The opposition and the press need to find out who it is -- and follow the evidence he or she provides.

The moment the opposition and/or press find out who it is is the moment it stops, Owen.

Plus Harper will have the poor sod murdered.

There is only one story here. The Prime Ministers Office bribed a Senator, and shut down an Independant audit into fraudulent expense claims. Period.

Matt, I know that's what you think but you'll have to come up with a couple of answers first. Bribed him to do what, exactly? Any ideas at all, anything? What were they seeking to get out of this? Why promise Duffy they would see to it that the Senate audit report "went easy on" him?

Until you can answer those questions you can't claim there is "only one story here." Because the answers to those questions, whatever they are, point to the other story, the real story that I'm hearing will get out.

The basic scenario you suggest is not only incomplete but does nothing to explain why Wright and Perrin would expose themselves to such personal risks if their involvement got out.

Hmm, Perrin has claimed that he had zero to do with it. Aside from that, I should qualify that the only story here for the oposition party's is a nice simple bribery and corruption story.
It is for the CPC to do the explaining. My thoughts are that the whole thing was disarmingly simple. As is the age old practice, the Senators were rounded up to earn their Senate paycheques by campaigning. Duffy had his thumb on the scales, and was fleecing his expense account. The PMO did NOT want Wallins, or Duffy's electioneering efforts on the publics dime in the public eye, especially since we still have the other shoe to drop on the Robocalls court case, the prosecution of Sona, and Del Mastro. Don't forget the Penashue, and of course the CPC conviction on election sleaze (in and out scandal). He was bribed to keep his big mouth shut, and help the Senate Comittee sweep any electioneering expenses under the carpet.