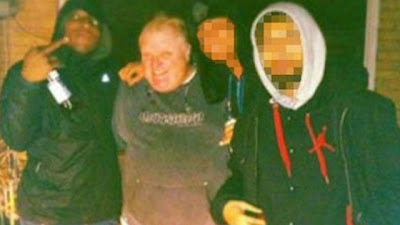 Gawker has published an account that supposedly links the controversial video said to show Toronto mayor Rob Ford with drug dealers smoking crack with the murder of an individual who may have been killed over it.

Gawker claims a Ford City Hall staffer passed along to detectives the street and unit number where the video was said to be kept.  Really?  Someone in City Hall knew where the video that Rob Ford now says doesn't exist previously existed?

Ford went on the air yesterday to contend that the controversial video "doesn't exist."  He didn't explain quite how he knew that.

By the way,  Gawker also tracked down a photo from NatPo that appears to show Rob Ford wearing the same sweatshirt. 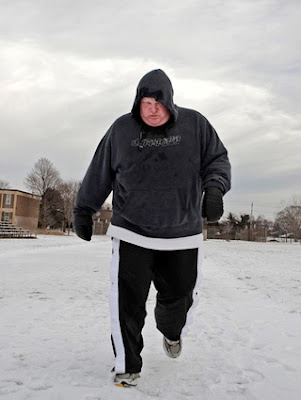 Yes but, as Rob Ford boasted on radio yesterday, the video "doesn't exist" (any more). How the video came to cease to exist and how Ford knew of it remain to be revealed. He may come to regret his boast.

He can hope, but this is 2013. Even if they had someone rubbed out and got the copy they knew about, how likely is it that there aren't any others? I'd have made backups, you bet. Erasing information is tough in the digital/internet age.

Wouldn't it be fun if Canada's largest city turned out to be run by a crime family who have had a few people murdered in an attempt to stay in power?

It's so bizarre and so depressing. I read online papers from England to Australia almost every day and Canada is getting pretty awful coverage. From a bus-riding lunatic in Edmonton who decapitates the passenger beside him to a gay cannibal in Montreal to a crack-smoking mayor in our largest city anybody reading those papers must think we're coming unglued. I'd like Canada the Dull back, please.

or at least canada, the friendly wallflower:)

...Fairly accurate perception if so. My wife and I have already decided to take the Canadian flags off our luggage for our next trip.