On Vancouver Island, Women Still Get a Taste of Frontier Justice 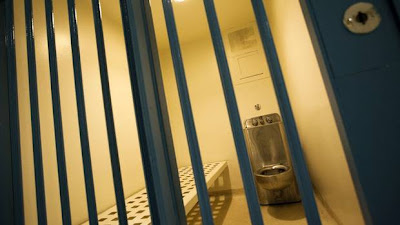 If you're going to run afoul of the law on Vancouver Island, you had better hope and pray you're not female.

If a man is arrested in Victoria and goes before the court and his case is adjourned for a few days for a bail hearing, he arrives at the Vancouver Island Regional Correctional Centre that night, says Paul Pearson, co-chairman of the Canadian Bar Association’s criminal section in Victoria.

“A woman in the same situation, is housed in a tiny cement cube with a rubber mat on the floor, usually beside the drunk tank with screaming drunks all night.”

Women clients have cried their eyes out, describing their detention in police cells, Pearson said. These women have not been convicted. They are presumed innocent.

There are also no medical facilities for these mentally and physically fragile women in the police lockups, he said.

“It’s a ticking time-bomb. These women have medical challenges and there are no nurses on staff. There’s no way to take care of their medical needs. They’re having their period and there’s no shower, no bath.

I guess not everyone knows it's a problem.  I mean, after all, we do have a woman premier, don't we?  If she's not attuned to really outrageous problems like this, who is?  Oh, I see.  Apparently no one.
Posted by The Mound of Sound at 9:49 AM

So do tell...aren't any of the men described in this blog mentally and physically fragile? Or does that only apply to women? Women are still not being treated as if they are human beings within the justice system and a few other places as well....physical violance for one, domestic violance, sexual violance, outrageous verbal comments in the work place and it is becoming much more popular... YES I chose to use the word "popular" because that is how it is viewed by many men. Especially those men who like to put videos of their conquests on places like YouTube. How sick is that? However, many men thick in order to be masculine they are entitled to mistreat women and apparently that includes the justice system.

It is stomach-churning, Anyong. Let's hope the new government coming in will make this a priority. It's an atrocious problem that's easily fixed.

This needs to be addressed immediately.. whether by BC or concerned and capable federal agencies.. the Red Cross, the United Nations or caring and capable Canadians massing outside the prisons if required.

Female, male, in between or both.. or all three .. I don't give a rat's arse .. Last I heard, this country was called CANADA .. was not defined by twits, thugs, bureaucrats, or political thugs. Yes those terms may define our prov and fed governments..

Please update re this discriminatory failure .. thanks

It reminds me of a good friend of mine who briefly sat as a family court judge in Ontario. A case came before him on a Friday afternoon involving a child in need of the court's protection. The responsible social agency, I think it's called Children's Aid, had no capacity to take the child and the Crown asked that the matter be stood over until the following week.

My friend, a well connected Tory, made an apprehension order and directed the court officer to draw funds to fly the child to Toronto to be delivered into the custody of the provincial Attorney-General, a friend of his. He wryly noted they would have no problem getting the child to the A.G. because he was hosting a cocktail party at his home that evening.

And it was done.

I think the remand judges in Victoria should intervene and either release female accused on their own recognizance or compel the Crown to provide suitable accommodations for their incarceration.

Surely there's a Charter argument or two lurking in this situation somewhere.

I was thinking it seemed like a Charter issue (among other things). Of course someone would need to mount a court challenge for that to matter. And for that they'd need funds, which they wouldn't have because most people being subjected to that don't have that kind of money.
Perhaps if there were some kind of program for helping people to mount court challenges on such matters of principle . . . Oh, right, the Cons axed it.

As I've mulled this story over today I kept having this nagging feeling that something was wrong or missing. Now I've got it.

Someone needs to explore the ethnicity and backgrounds of the women subjected to this treatment.

Victoria is a very class-stratified burg. There is no way in hell that the daughter or wife of a Victoria scion, the Oak Bay nobility, would be allowed to languish in police cells.

The wealthy are connected to the best and most powerful lawyers in the community and I'm sure their women folk manage to get bail very quickly.

Those left behind are the human detritus - the poor, mentally infirm, addicted, indigents and, surer than hell, aboriginals.

.. that nagging feeling, you keep having ..
That's the combination of many many lines being crossed, cultural & judicial system failure, complacency & incompetence..

You're bang on to question ethnicity, class, origin

Extending the example & scenario you might imagine a small police boat traveling east with such a prisoner as an LNG supertanker exits west. Two different cargos being 'distributed'

We do not need any more immigrants.. we do not need to 'grow' the economy. We need to stabilize this vast country, identify our sensibilities, our capabilities and our greatest assets & resources. Simplicity, sincerity and sensibility are in short supply.. we should look to secure our self sufficiency and look after ourselves.. help each other

We're a scattered tribe in a very diverse and vast land.. not an 'energy superpower' .. or wannabe resource based colonial boyz club.

As Paul Watson once said .. (and I quote him loosely)
'if everyone looked after their own backyard, we'd have far less problems in this world.'

He was talking about do-gooders who wanted to save the seals yet at the same time were pouring dandelion poison on their perfect lawns, while children starved in their city cores..

Thanks for shining some light on an issue we must face as citizens.. I'm thinking of returning to social work.. likely as a youth worker.. but perhaps a return to working with prisoners within the judicial system would be more useful.

As always, thanks for the insights..

I wrote a letter to the Times Colonist asking how many wives and daughters of the Oak Bay gentry ever get slammed up in these cells or whether these are reserved for second class women - the poor, the mentally ill, addicts and aboriginals.