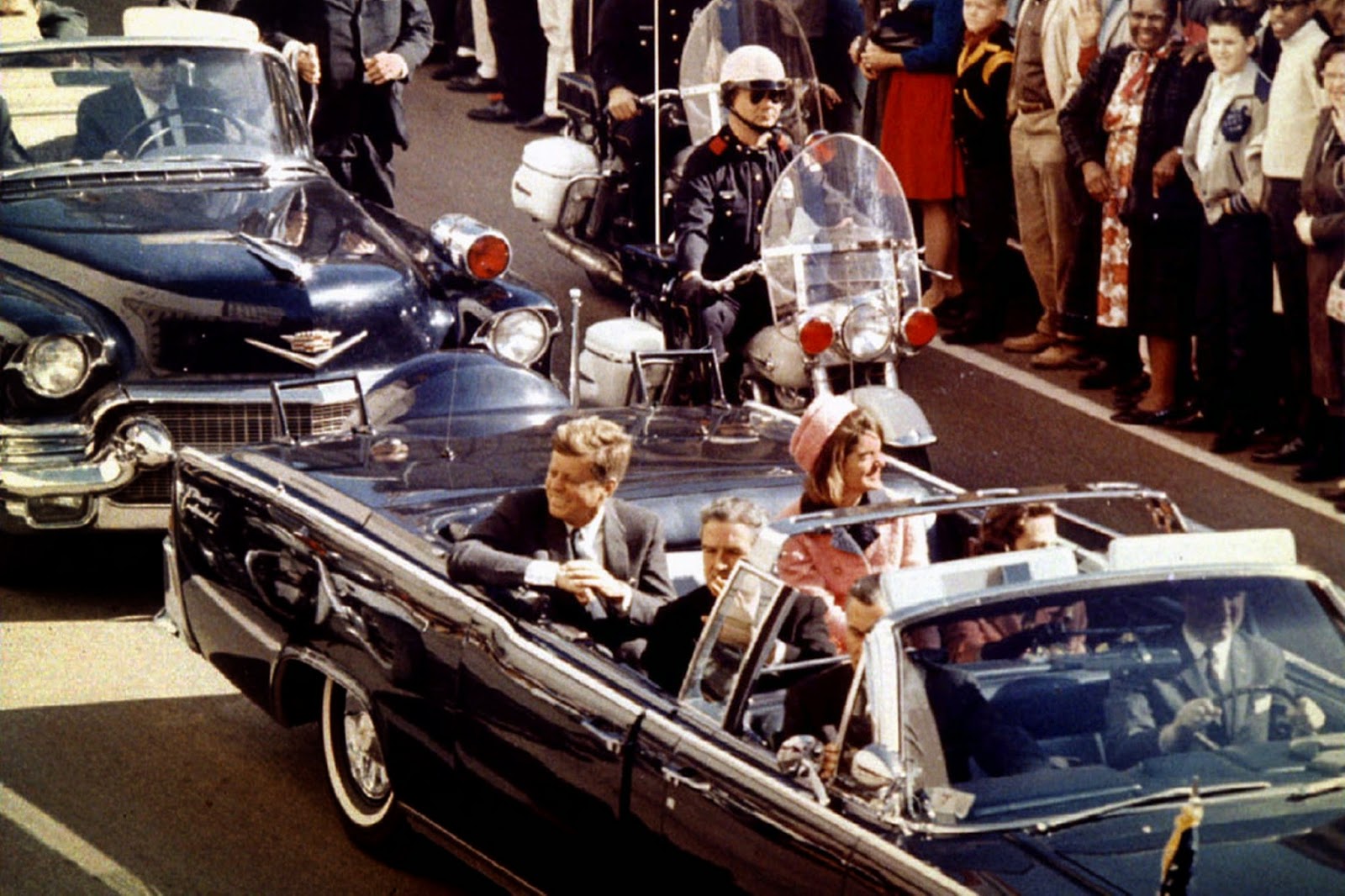 He's not the standard whack job we associate with Kennedy assassination conspiracy theories.  In fact he served on the Warren Commission and, being one of its younger staffers, is still alive and able to weigh new evidence and documents beginning to filter out into the public.  These have left the now retired law professor's 'lone wolf' convictions shaken.

It was President John F. Kennedy’s assassination that brought [David] Slawson to Washington. In January 1964, two months after JFK’s murder in Dallas, Slawson was part of a small group of hotshot young lawyers recruited to the capital to join the hastily organized staff of the Warren Commission, the panel convened by President Lyndon B. Johnson to investigate his predecessor’s death.

The lawyers, most only a few years out of law school, would do the bulk of the commission’s detective work in determining how and why the president had been killed. And the Harvard-educated Slawson, in particular, had an extraordinary assignment on the staff. Although he had no background in foreign affairs or law enforcement, he was responsible—at times, single-handedly—for the search for evidence of a foreign conspiracy in the assassination. When the commission issued a final report, in September 1964, that identified Lee Harvey Oswald as the sole assassin and effectively ruled out any conspiracy, foreign or domestic, Slawson was satisfied. “I was convinced—then—that we had it right,” he told me last year.

...Today, however, Slawson’s silence has ended once and for all. Half a century after the commission issued an 888-page final report that was supposed to convince the American people that the investigation had uncovered the truth about the president’s murder, Slawson has come to believe that the full truth is still not known. Now 83, he says he has been shocked by the recent, belated discovery of how much evidence was withheld from the commission—from him, specifically—by the CIA and other government agencies, and how that rewrites the history of the Kennedy assassination.

Slawson is now wrestling with questions he hoped he would never have to confront: Was the commission’s final report, in fundamental ways, wrong? And might the assassination threat have been thwarted? The commission, he believes, was the victim of a “massive cover-up” by government officials who wanted to hide the fact that, had they simply acted on the evidence in front of them in November 1963, the assassination might have been prevented. “It’s amazing—it’s terrible—to discover all of this 50 years late,” says Slawson, whose health is still good and whose memories of his work on the commission remain sharp.

Slawson’s most startling conclusion: He now believes that other people probably knew about Oswald’s plans to kill the president and encouraged him, raising the possibility that there was a conspiracy in Kennedy’s death—at least according to the common legal definition of the word conspiracy, which requires simply that at least two people plot to do wrongdoing. “I now know that Oswald was almost certainly not a lone wolf,” Slawson says.

What Slawson does suspect is that Oswald, during a long-mysterious trip to Mexico City only weeks before the assassination, encountered Cuban diplomats and Mexican civilians who were supporters of Castro’s revolution and who urged Oswald to kill the American president if he had the chance. “I think it’s very likely that people in Mexico encouraged him to do this,” Slawson told me. “And if they later came to the United States, they could have been prosecuted under American law as accessories” in the conspiracy.

He has also come to believe—again, only recently—that the CIA knew about these meetings but hid the evidence of them from the Warren Commission.

Oh, sure, it was Castro, and the CIA hid evidence of that because . . . um . . . it wouldn't have been fair play to smear the guy they so dearly wanted to crush?

I don't really see what was wrong with the old conspiracies, to be honest. The stories told by the FBI et al. about the convenient offing of Oswald and then the convenient death of the guy who offed Oswald always struck me as stretching credibility just a tad.

What I'm getting is that the CIA apparently duped the Commission to cover up its own dereliction of duty.

MOS said, "What I'm getting is that the CIA apparently duped the Commission to cover up its own dereliction of duty."

The only conspiracy that really hid the evidence is the disappearance of Jimmy Hoffa.

Everthing points to LBJ being a key part of the conspiracy. Maybe the ringleader was the former head of the Joint Chief of Staff who Kennedy axed.