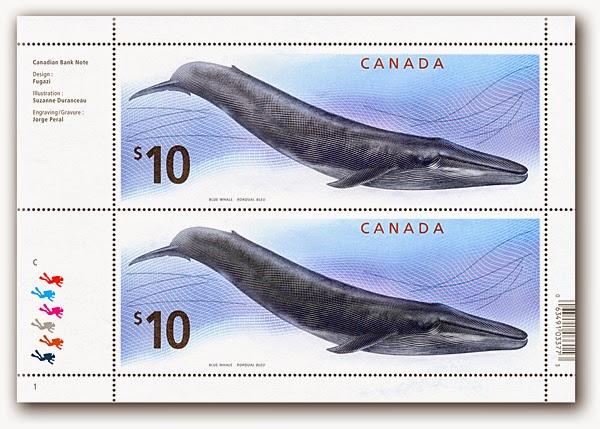 Canada Post calls it the biggest and largest denomination stamp in Canadian history.  It's the $10 blue whale stamp.  It's so tricked out that, when you put it under UV light the diver and the krill pop out.  Neat, eh?

I can't look at this tenner without thinking of a press conference back in 74 or 75 when then Postmaster General, Bryce Mackasey, announced that a first class stamp was going from 15 to 17 cents but vowed that it would never increase again until Canada Post service improved.  Yeah, right.  And so, kids, that's how we wound up with a $10 stamp a mere 40-years later.
Posted by The Mound of Sound at 9:30 AM