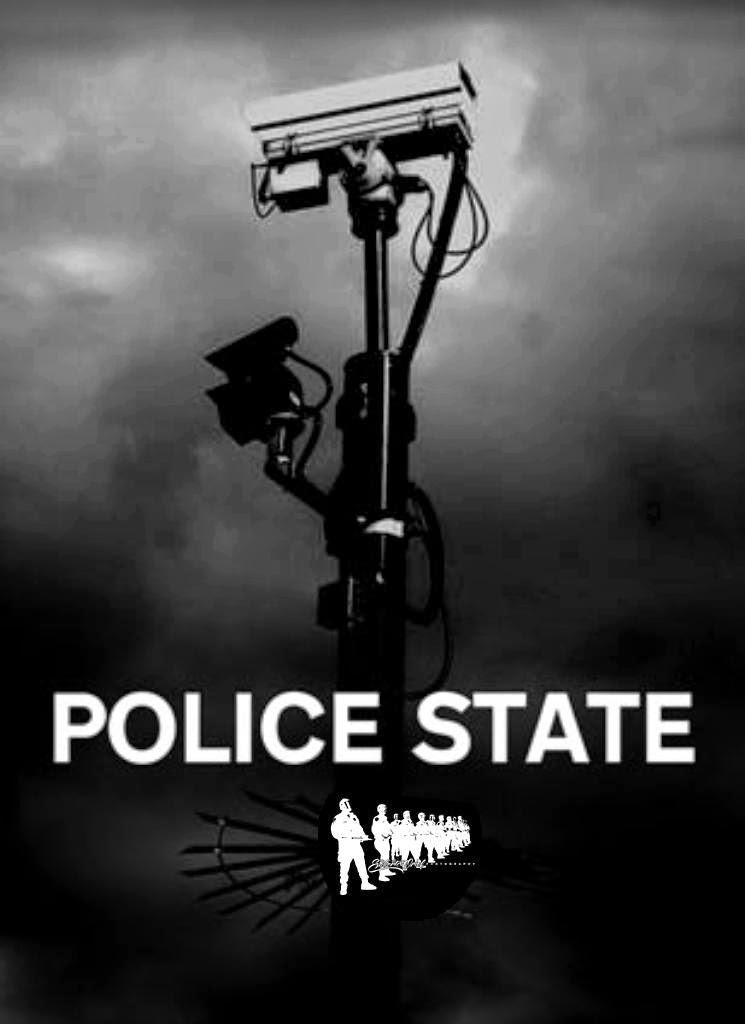 Elizabeth May was the lone voice speaking out against Harper's intrusive surveillance security law from the outset.  Now she expands on her concerns and issues a stark warning to the Canadian people about what our Prince of Darkness, "the guy in the closet" is really up to.

I remember the events of Oct. 22. While I was in lock-down on Parliament Hill, I remember who hid in a closet and who ran toward gun fire. The guy in the closet is now planning to concentrate the powers of the state in his own hands while converting the Canadian spy agency into a secret police with virtually unlimited powers.

Here is what Stephen Harper wants Canadians to think:

We are at war. We face a massive terrorist threat. We must be very, very afraid and we must not question any law brought in allegedly to fight terrorism. Anyone who raises finicky, lily-livered concerns about civil liberties is a fellow-traveller of ISIS.

We are not at war. We are at peace. (Would Harper's most trusted lieutenant and minister of foreign affairs quit if we were really at war?)

Acts of terrorism are a threat. They are criminal acts of horrific cruelty and sadism. Luring of disenfranchised, disenchanted, alienated Canadians into their barbaric crusade must be addressed, but the new law, C-51, is not primarily an anti-terrorism law. And legal experts are already pointing out it "undermines more promising avenues of addressing terrorism." (See Bill C-51 backgrounder by professors Kent Roach and Craig Forcese.)

In terms of Canada's future, the climate crisis is a much larger threat.

We must not be afraid.

We must be smart. It's really hard to think when paralyzed by fear. Any thinking person will stand up and oppose C-51 with every ounce of their strength.

...Canada has already significantly intruded on charter rights to give the RCMP, CSIS and the Communications Security Establishment (CSE) broader powers and less oversight.

Thanks to Edward Snowden, we now know that CSE has been gathering millions of internet communications every day from Canadians -- even though CSE's mandate was supposed to apply only to foreign activities. Under project "Levitation" CSE collects as many as 15 million records of uploads and downloads every day.

C-51, the so-called Anti-Terrorism Act, creates new powers for the CSIS. CSIS was created to keep the RCMP policing functions separate from intelligence work after the fiasco of burning down the barn in an FLQ sting operation. This bill gives CSIS the power to do anything. (Okay, not anything. It specifically says CSIS cannot directly kill or harm people or "violate the sexual integrity of an individual," but otherwise, CSIS will have a vague set of sweeping powers).

CSIS will be able to conduct any operation it thinks is in the interests of protecting the security of Canada. The definition of "undermining the security of Canada" is more a list of suggestions than a definition, using the word "including" before listing nine types of threats. Using "including" as the heading for its list leaves open the possibility that CSIS may think something else should have been on that list.

Most listed activities are already illegal, such as treason, espionage, causing serious harm, etc. To this is added "interference with critical infrastructure," raising legitimate concerns that the bill is targeted at First Nations and environmental groups opposing pipelines. There is a caveat in the act: "For greater certainty, it does not include lawful advocacy, protest, dissent and artistic expression."

The vaguest of those things that undermine the security of Canada reads as follows:

"Interference with the capability of the Government of Canada in relation to intelligence, defence, border operations, public safety, the administration of justice, diplomatic or consular relations or the economic or financial stability of Canada."

That list of vague activities has the same status as terrorism in launching CSIS operatives into a murky world with powers to "take measures, within or outside Canada, to reduce the threat."

So, Saudi Arabia pumping out enough oil to cause the dropping price? Global currency speculators? Judges' decisions the PM doesn't like? Calling this section vague is an understatement. And CSIS only needs to go before a judge for a warrant in cases where it decided for itself that its actions will violate the Charter of Rights and Freedoms. Then it goes to a judge for a secret warrant process. The warrant can allow break and enter to take anything and to install anything.

...It's not enough to call for better citizen oversight as one opposition party urges. And it is certainly an act of egregious cowardice for the other opposition party to support this bill.

It is trite to say that when we surrender our freedoms, the terrorists win. Even to level that charge at this bill is to fall into the Harper trap of making this bill about terrorism. It's not. It's about creating a secret police. It's the death of freedom.
Posted by The Mound of Sound at 12:47 PM

More and more, Elizabeth May seems to be the only party leader who has any integrity.

.. waiting for Elizabeth May, calling Kinsella, earth to Coyne.. Ezra? Oh.. CBC must be a collaborator re the debacle Saturday night at The Air Canada Centre..

The perfect wedge politics slap to the face of Canadians.. snipers wearing masks, machine guns roaming the rink, a macho rappel from the rafters to deliver the f'n puck.. for a hockey game on CBC

I think, ever so slowly, some of the "hold your nose, anyone but Harper" brigade are coming to realize the folly of voting for a slightly less offensive choice simply to get rid of the most odious.

Trust me, this I know, when one does reach that point, Elizabeth May and the Greens become the only choice. It's a movement that has to grow and, given the onset of climate change, coupled with democratic erosion, inequality and so many other blights, grow it will. We are being overtaken by events that really narrow down our choices, this being one.

Mulcair is quietly shuffling to get onside on this front, sort of, in a way, but you never know with that guy. He must have had a weather vane installed at Stornoway to fix NDP policy.

Elizabeth May is starting to sound more and more like P.M. material.

The other leaders may not want to get into a "pissing contest" with harper and his cons, but Trudeau's agreeing to vote with the cons on the bill, is just plain politics and some of us have had enough. If the only party leader to stand up and say something about how wrong this bill is Elizabeth May, she just may have my vote come election time.

And with this, the Green party has my vote.

I wonder what the excuse will be to keep Elizabeth May out of the leader's debate this time?