The 28-Pages that Could Condemn the House of Saud and Liberate the West. 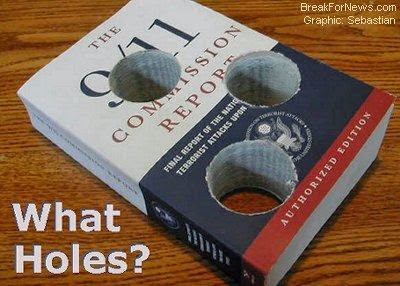 The Gulf princes and sheikhs, especially the House of Saud, have been very successful in ducking scrutiny over their role in launching, funding and covering for every Sunni terrorist group from al Qaeda to ISIS to whatever bunch is now being organized to carry on their Islamic civil war pitting Sunni versus Shiite.

It's long been believed that 28-pages of the 9/11 Commission report were redacted by the White House because they finger the Saudi royals.  Pressure is now building for their release.

If those pages ever see the light of day, much of the credit will have to go to Zacarias Moussaoui, a former al Qaeda operative now serving a life sentence at a federal super-max prison in Colorado.

Moussaoui recently testified that he served as a courier for bin Laden, delivering the al Qaeda chief's letters directly to top Saudi princes, including the newly crowned king, Salman.

The Saudis have rushed to denounce Moussaoui as a mad man, claiming his evidence is delusional, unreliable.   The CBC's Neil Macdonald doesn't see it that way.

The Saudi embassy in Washington says ZacariasMoussaoui is a deranged criminal.

He may well be; the so-called "20th hijacker" is certainly a criminal, confined to the most secure federal prison in America, and certainly portrayed himself as crazy during his 9/11 trial, 10 years ago in Virginia.

I covered it, and his courtroom rants were either delusional or meant to be perceived as such. (It didn't work; the presiding judge pronounced him competent to stand trial and "extremely intelligent.")

But his most recent testimony, given at the super-max penitentiary in Colorado last year and made public this week, reads like what it is: a detailed accounting by a man who holds a master's degree from a British university.

Moussaoui states that the 9/11 hijackers were supported not only by Saudi Arabian charities, but by Saudi princes and diplomats.

He reels off names he says were in an al-Qaeda database of moneyed donors, making it clear the jihadists couldn't really have accomplished much without them.

Macdonald says relations between Washington and Riyadh are becoming very strained, even tenuous.

Obama, having endorsed the Arab Spring as a wonderful expression of the people's will, also had to look the other way in 2011 when the Saudis sent troops across the causeway into Bahrain to violently crush Shia crowds protesting their treatment by the emirate's Sunni rulers.

Saudi's minority Shias have met with similar treatment; a respected Shia cleric was sentenced to death recently for criticizing the government.

The Saudis, who fund the building of mosques in America and around the world, strictly prohibit the presence of any religion but Islam on their soil, and America, the champion of religious freedom, says nothing.

The Saudis also openly scorned Obama for not being quick enough or generous enough in funding Syria's rebel forces. (As it turned out, of course, much of the Saudi funding ended up being channeled to ISIS and its cohort, but never mind.)

But the American public's willingness to tolerate the hypocrisy around Saudi Arabia is wearing thin. According to reports in U.S. media, Obama was unwilling or unable to form any sort of real friendship with Abdullah, the recently deceased king.

Increasingly, Saudi Arabia is being discussed in the U.S. media with the same tone accorded Pakistan, another official ally with at least informal links to al-Qaeda.

Canada is, of course, caught up in this same schizophrenia.  We're over in Iraq bombing ISIS while we're selling $15-billion worth of armoured democracy-suppressing fighting vehicles to the same buggers who funded ISIS in the first place.

This is more than just settling scores.  These Gulf princes and sheikhs unleash these monsters (al Qaeda, Isis and the like) and then turn to the West to waste our lives and treasure cleaning up their messes when they go rogue.  They're not giving up their not-so-covert war against Shia Islam either which almost guarantees we'll be over there fighting the next bunch and the one after that and the one after that.

If you need to kill a snake, you cut off the head.  We've been wasting our time and our soldiers' lives banging away at the tail.

"If you need to kill a snake, you cut off the head. We've been wasting our time and our soldiers' lives banging away at the tail."

Bingo! However, there is much more money to make "banging away at the tail." The military industrial complex doesn't want to kill the golden goose as they did when they let the old USSR collapse.

Well now that the Evil Empire of Red Square is back maybe all that will change.