Oh, This Is Rich. Stephen Harper Wants Us to Listen to Scientists. 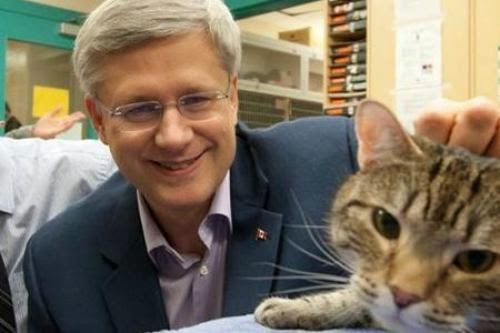 "get the facts from the ...scientific community, and if you're not a ...scientist yourself, listen to the people who are. It's that simple."

You heard it right, straight from the lips of Stephen Joseph Harper.  Get the facts from the scientific community and, if you're not a scientist yourself, listen to the people who are.  Who could argue with that sort of logic except, of course, the man who said it, Stephen Harper.

Memo to Steve:  There are many, many scientists who would dearly love to give you oodles of facts so why aren't you listening to them?  We could pack an auditorium with top scientists in fields such as climatology, meteorology, hydrology, atmospherics, biology, botany, oceanography, glaciation, geology, chemistry, medicine and epidemiology, and many, many more scientific disciplines who would love to explain to you things like climate change, and the host of imminent threats it poses to our country - if only you would listen.

You put it perfectly, Mr. prime minister:  "But we have a responsibility to set an example, for God's sake. ...And as an advanced, educated society, it's completely irresponsible of people in this society to communicate anything other than that anywhere else in the world."

So, for God's sake (as you put it, Steve) get the facts, listen to the scientists and act on their advice.  Do it Steve - or the cat gets it.
Posted by The Mound of Sound at 4:04 PM

Or sociologists on the root causes of terrorism? Or... economists on how economies actually work?

The mind boggles, Troy. Knowledge, fact, logic - where will it end?


The sheer hypocrisy leaves you breathless!

Canada and Saudi Arabia are the only countries other than Isreal that see Iran having access to ACME explosives.

This sounds exactly like what Rex Murphy was saying on the same topic, on which he was mocked in the same vein over at Galloping Beaver because of his contrasting anti-science views on climate change and the oil sands whose exploiters pay Rex so well.

So did Harpo get his talking point from Rex, or do they both have the same PR firm advising them?

Hi, PLG. Yeah, birds of a feather. Rely on science when it comes to measles but don't listen to those awful scientists when it comes to an existential threat to our civilization, climate change. It's just so damned amazing!