The Phone Lines are Buzzing Between Ottawa and Canberra. We Listen In. 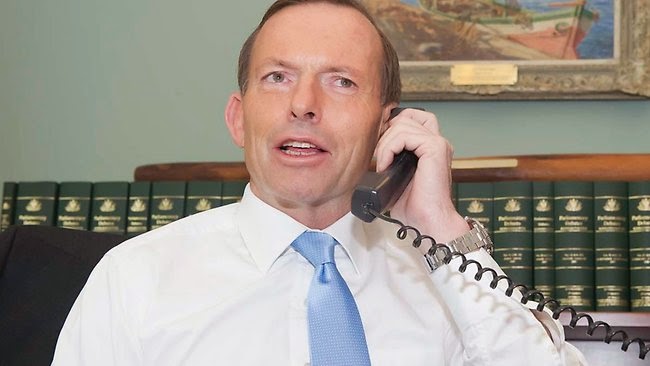 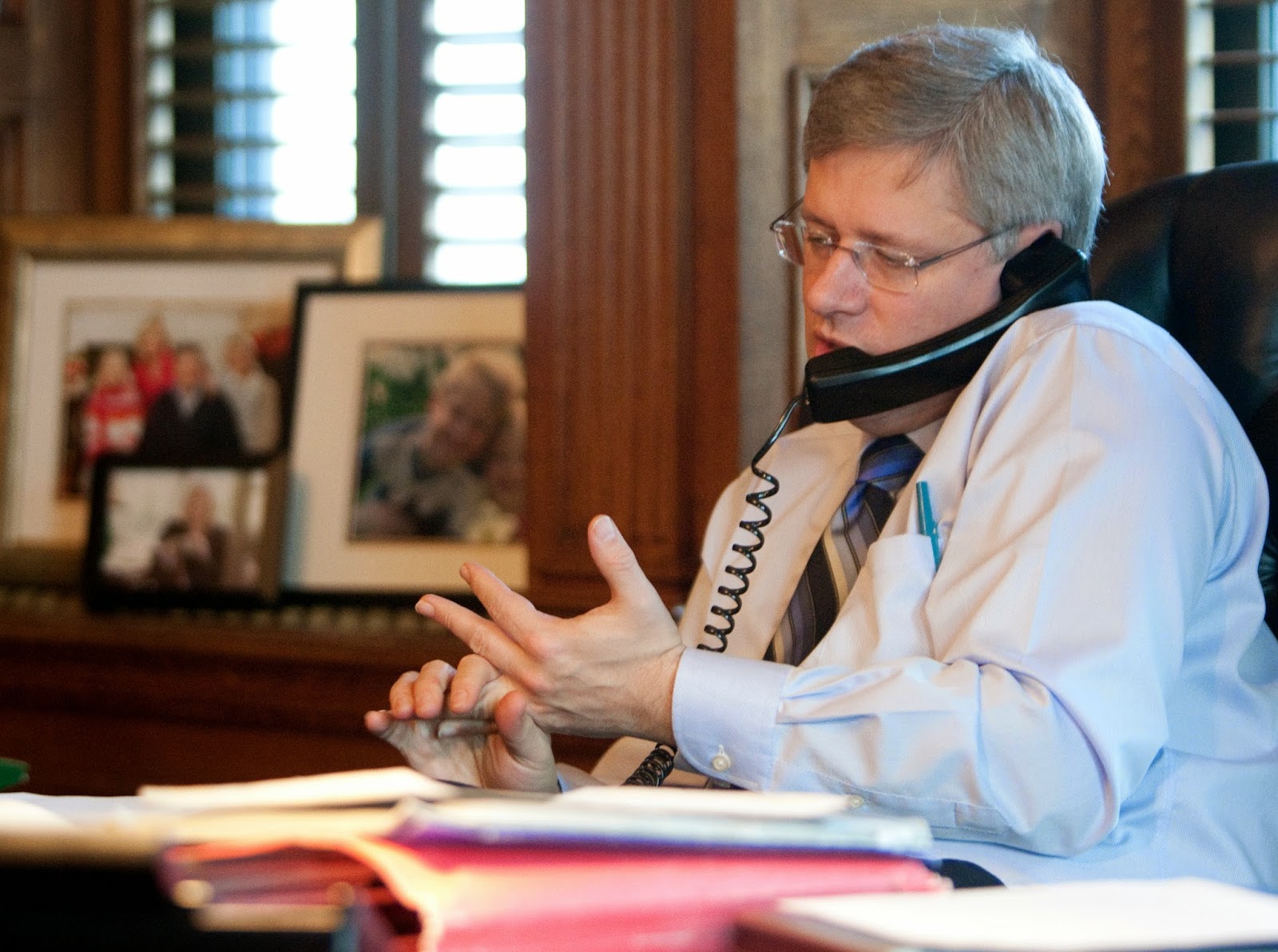 "Tony, I heard about this "spill" thing.  Is it true?  Can those backbencher nothings really push you out?"

"Yeah, Steve.  'Fraid they can, mate.  The morning papers are even calling on me to quit."

"Tony, sorry to hear that.  I know what you're going through.  I had a close call myself a few years ago."

"Yeah, Steve, but you managed to get through it.  And it wasn't your own MPs trying to knife you in the back.  That bastard, Turnbull."

"Wait, Tony, I might just have the answer.  Have you got one of those governor-general guys?  You know, like a ceremonial valet who comes out every now and then for things like throne speeches."

"Well Tony, here's the plan.  You go to that little bugger and tell him you want to prorogue Parliament.  That's p-r-o-r-o-g-u-e.  Pro-rogue as in 'in favour of you going rogue'."

"It sends all those little bastards - all of'em even your own backbench - into limbo.  It's like you're packing them off to summer camp.  They love it actually. Some of them will paint the boat house or put a new deck on the cottage.  One or two might write a book about their family no one will ever read.  That sort of thing."

"Gee, Steve, that sounds great!  Then I get to run the country however I like, right?"

"Steve, you're a godsend.  Well, I've got work to do if I'm going to prorogue Parliament by tomorrow morning.  I've got that governor general's phone number around here somewhere.  What was that old bugger's name again?"

"Give'em Hell, Tony.  And, if the reporters get whiney, tell them you're saving the country from a constitutional crisis.  By the time they figure out how to spell 'constitutional', they'll have forgotten the whole thing." 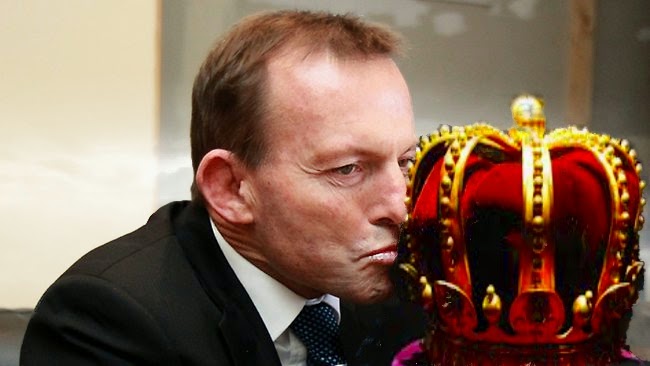 And that, kids, is how Tony Abbott became monarch of the Kingdom of Australia.

I wonder if the Aussies are as passive as Canadians when it comes to their government's depredations, Mound.

Hi, Lorne. No, they're not. They turned on Abbott from his first 'austerity for the plebs - tax breaks for the rich' budget. As in Britain, their political parties cross federal/state lines and in the last Queensland runoff they were hammered, effectively run out. The federal Liberals (neo-conservative to the bone) have plummeted in the polls. The backbench has realized Abbott is now beyond 'damaged goods' and a lethal threat to them and their party. Their real motive for ousting their leader is pure self-preservation.