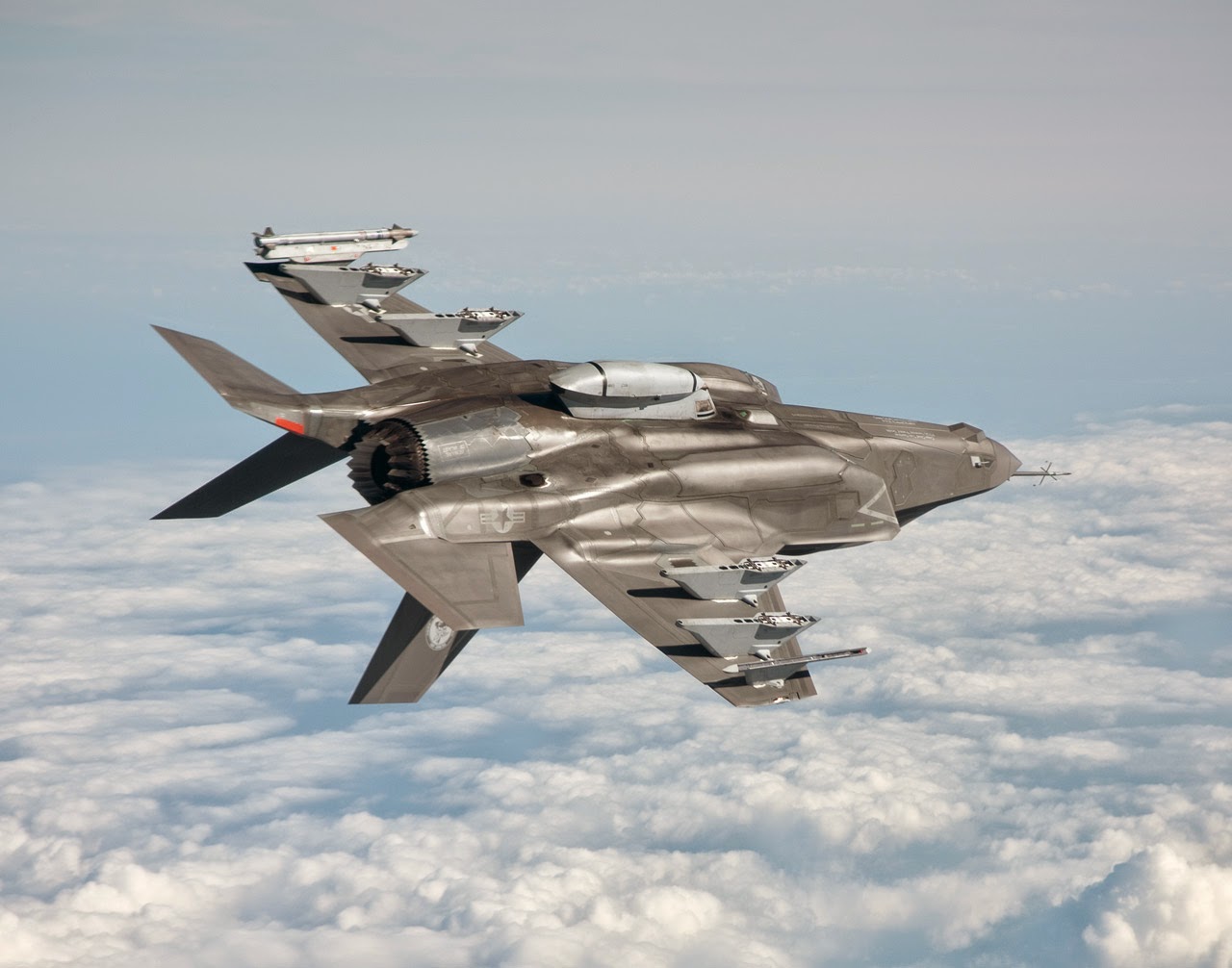 The US Navy's Chief of Naval Operations is looking for a strike fighter and he's looking well beyond the F-35.

Admiral Jon Greenert told a Washington audience last week that the F-35's vaunted stealth cloaking, the magical advantage for which it sacrifices speed, agility, range and payload, "may be overrated."


"What does that next strike fighter look like?" Greenert asked the packed forum. "I'm not sure it's manned, don't know that it is. You can only go so fast, and you know that stealth may be overrated. ... Let's face it, if something moves fast through the air, disrupts molecules and puts out heat — I don't care how cool the engine can be, it's going to be detectable. You get my point."

"It's not just Greenert, it's across the naval aviation community: They're just not that into the F-35," said Richard Aboulafia, vice president for analysis at the Teal Group.

Admiral Greenert sees a need for the navy to shift away from a warplane that focuses on hiding from the opposition.


"It is time to consider shifting our focus from platforms that rely solely on stealth to also include concepts for operating farther from adversaries using standoff weapons and unmanned systems — or employing electronic-warfare payloads to confuse or jam threat sensors rather than trying to hide from them."

"There are some officers in the Navy who would like to see stealth brought to carriers, but quite a few who wouldn't, who would rather stick with something they know, at a price they know, with two engines that they know and perhaps, shift all funding to the sixth generation [F/A-18]," Aboulafia said.

He said the Navy's buying pattern is telling as to how it sees it integrating into the fleet.

"They are just not acting like the F-35 will be a major part of their force structure in the future," he said, noting he estimated that the Navy might end up buying roughly 200.
Posted by The Mound of Sound at 7:15 AM

That's why I have been advocating Canada's involvment in the follow-on to the USN's X-47B transonic armed drone. In this case, for Canada, it's not the stealth, the drone has 2X the F-18's range, for Arctic patrol, and no pilot to rescue when we finally lose one over the Arctic Ocean and have no effective SAR.

Ed, I don't think the boys at NDHQ are psychologically ready for an unmanned option. It would mean scrapping a big chunk of the training apparatus, losing skills that might be tough to relearn later. I can see the point of UACVs but I would prefer for Canada to have a mixed force. That would probably be more costly than a single source option but I have this hunch it would be money well spent.