Are We Supposed to Defend Democracy or Just Mourn Its Passing? 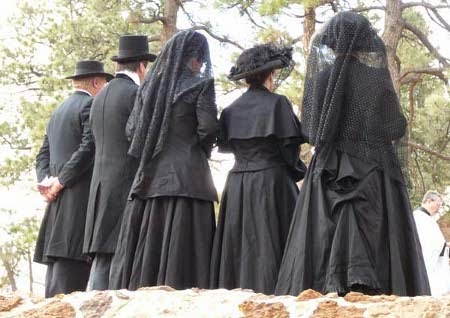 There is certainly no shortage of opinion pieces these days bemoaning the steady decline in Western or "liberal" democracy.  I've penned a few myself.

People I speak or correspond with seem to agree that the introduction of Bill C-51 is an assault on freedom of speech and protest that sets government against the public and treats democratic dissent as subversive.

We have a government, make that a "regime", in power today that has erected walls of secrecy between itself and the Canadian people.  It's all but impossible to have a conversation with your government that is filtered through freedom of information requests.  We can ask questions but that doesn't mean they'll be answered.

Even as it has become much harder, in some cases an ordeal, to look into our government and what it's up to, our government has cloaked itself in powers that make it ever more capable of prying into our lives.  It connives to exploit any incident, even something shocking thousands of miles distant, as a pretext to expand its powers over us and diminish our freedoms to object.

What does it say for Canadian democracy when we need Edward Snowden to blow the whistle on critical issues such as domestic spying?

Our government, instead of respecting our Charter of Rights and Freedoms, butts heads with it and seeks ways to circumvent or undermine it.  Time and again we have to fall on the Supreme Court of Canada to protect us from this government's predations.

We are witnessing the rise of illiberal democracy, a shifting of the balance of power between the individual and government.  This regime swept to power on clear and unequivocal promises of accountability and transparency, promises it had no intention of keeping.  Instead it promptly scurried behind walls of secrecy and lies as it put in place first a surveillance state and, now, a police state.

So what are we to do?  Under C-51 is the mere asking of the question subversive? Is raising the prospect of some response in defence of democracy, up to and including civil disobedience, an offence against the regime?  Does this earn us a place on some secret security service's watch list?

Or are we just to mourn the passing of our liberal democracy and sit idle as we watch it slowly displaced by neoliberal authoritarianism?  Are we to settle for a new style of democracy, illiberal democracy, where you can still vote yet that is of little meaningful significance?

Do we have a duty to defend our democracy?  Do we even have the right if that demands resisting our government? I wish I had some answers but I really don't.

"The tree of liberty must be refreshed from time to time with the blood of patriots and tyrants."

The Guardian has just run a piece on a domestic black site being used in Chicago.

Voting today represents nothing more than giving this system legitimacy. If you play a rigged game, and you knowingly know it's rigged and yet you play anyway, who is the greater fool? I will no longer be participating in the rigged game of Canadian "democracy". I'm ready to fight, when Canadians get up to speed and their illusion of "freedom and democracy" is crushed feel free to join me - you're all potential terrorists, fighting or not.

it is just like missing something that never was for me
in a democracy i would vote on laws and proposals
in canada we vote for a golden parachute for someone
who i have no control of once past the post
i never get to vote on a law
it is the perfect disconnect
like signing a blank contract where i get to finance someone to fulfill my dreams who never even asks what i want
i give all my power to something instantly out of my control every four years
who can cross floors, be pressured by corporations or party, be criminal, take bribes, avoid duties and basically cut class
and i have no recourse but accept the damage done in four years
maybe i'm wrong but 2 minutes every 4 years (regardless of how much lathering against the unimpeachable deaf you do in between) to give all authority with no conditions or further voice
is not democracy
Libyans had a closer democratic system with jamahiriya and 2000 citizen congresses than we will ever have
yes they had no elections BECAUSE every Libyan citizen had a political voice on every issue thu their congress
and we bombed them so they could be disconnected like us
they sold us the democratic concept , switched the game, kept the name and kept us out of the loop since day one
a vote on everything would be awesome