And the Next Nuclear Power in the Middle East Is.... 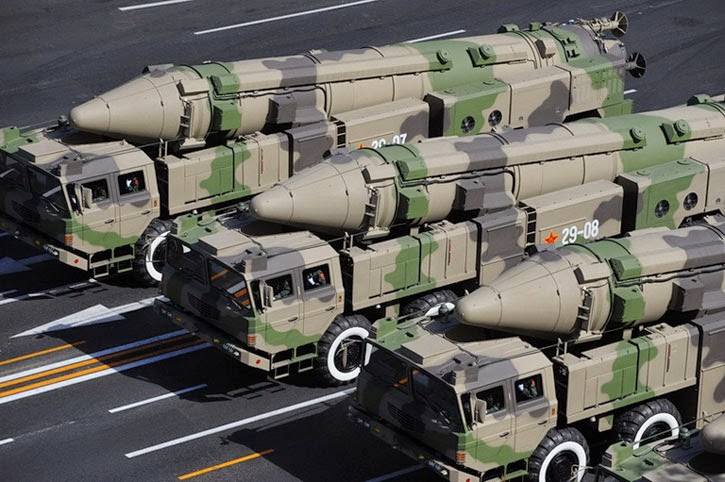 You're probably thinking Iran.  What about Saudi Arabia, the bunch of radical Sunni extremists we consider our close ally?

Take it from The Times (of London, of course) where it's reported that the Saudis, with CIA approval, secretly aquired DF-21 ballistic missiles from China plus British-built cruise missiles, all with an eye to taking on Iran.

Saudi Arabia, once a reliable client state of the US, is busy putting distance between Washington and Riyadh.  China is in the running to sell armed drones to the Saudis.  Riyadh is also considering adding the Pakistani-Chinese JF-17 fighter to its arsenal.  Then there's the $15-billion worth of armoured fighting vehicles, LAV II, that the Saudis have ordered from Canada.

If the Saudis do introduce nuclear weapons it's possible they'll come from Pakistan, home to the "Islamic Bomb."
Posted by The Mound of Sound at 9:45 AM